An anti-government protest in Thailand turned violent on Saturday 7 August, with police in riot gear firing teargas and rubber bullets and demonstrators hurling rocks and firecrackers. Clouds of smoke billowed up around the confrontation in the Din Daeng area of Bangkok, as police lines blocked a road that leads to the military base where Prime Minister Prayuth Chan-ocha has his home. Several hundred protesters faced massed ranks of police, who were forced to retreat at one point when teargas blew back into their own faces. The protesters are demanding Prayuth’s resignation and for part of the budget for the monarchy and the military to be redirected into the fight against the coronavirus. The protest movement, which began last year, has been reinvigorated in recent weeks as the government has struggled to control a massive surge in COVID-19 cases. Many people blame Prayuth and his administration for failing to develop an adequate vaccination policy. 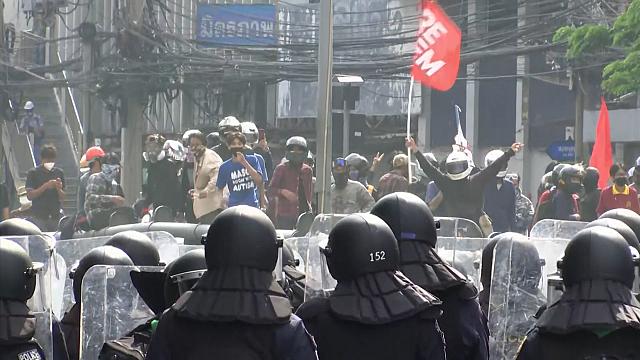