President Muhammadu Buhari is reputed to be a strong military General who brooks no opposition. His handlers present him often as ‘Mr Integrity’ who is both incorruptible and patriotic. He is lanky, dour and frugal yet corruption is flourishing in his administration. The President is accused of aloofness, cluelessness and inept in his presidential duties. His leadership style, methods and tactics sometimes run counter to democratic norms and ethos.

Since coming to power democratically six odd years ago President Buhari has succeeded in dividing Nigeria more favouring his ethnic group and religion to the detriment of other ethno-religious components of the federation. He is taciturn but his media handlers are always on the defensive portraying the underwhelming President as a ‘victim’ of media bashing. 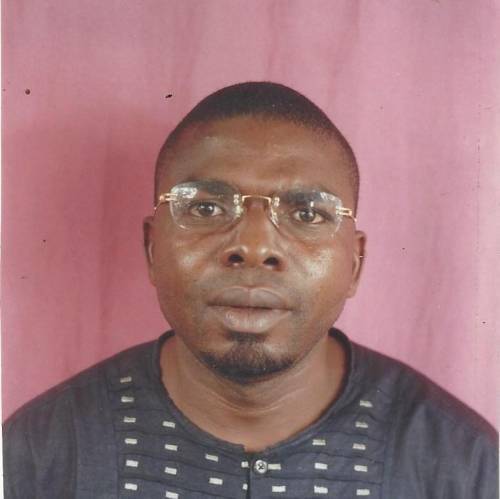 President Buhari has many personal issues the principal of which is his state of health and alleged dementia. Many unpatriotic elements at the corridors of power had exploited this presidential infirmity to criminally enrich themselves. The Fulani man from Daura likes the idea of delegation of duties because he knows his ineptitude.

Since 2015 when he defeated the then incumbent President Goodluck Jonathan in a presidential poll Nigeria has known little or no peace. It has been one friction or agitation or the other across the lenght and breadth of the country. No region is spared the chaos, the generalised insecurity plaguing the nation.

If the President or his aides were not blaming the present socio-economic challenges on the past PDP administrations then the President must be outside our shores tending to his fragile health or attending one international function or the other.

This President likes overseas trips! It appears it is his hobby apart from drawing blood from the innocent citizens. If not for the hypocritical image of integrity he is associated with then one could safely conclude that the estacodes derivable from the global tours could be the major reason for the junkets. Nigerian politicians ‘love’ estacodes!

Let us not confuse issues here. A President of any country is entitled to foreign trips. It is not a crime to jet off abroad to promote your country or sign new partnerships or MOUs with foreign interests. We need foreign investments for our economic development as a nation.

Having said the foregoing, however, it must be said that something is fundamentally wrong when the President discreetly embarks on a foreign trip, especially one involving medical tourism with tax-payers money. No one knows how much such trips has gulped thus far. Besides what ails the President necessitating constant medical sojourns abroad is not yet indicated officially. It is still shrouded in mystery!

If the President is suffering from kidney failure or Churg-strauss syndrome (which reportedly killed ex-President Yar’Adua) Nigerians are entitled to know. If he had contracted COVID-19 we ought to be told. If he is afflicted with HIV/AIDS we must be told the truth. If it is dementia he is suffering from or other ailments associated with old age why hide the fact from Nigerians?

President Buhari gives the impression of a careless leader, one disconnected totally with realities Nigerian on the ground. He goes about as if we are still under the Jackboot! Democracy remains the government of the people, for the people and by the people. He must, therefore, submit himself to democratic accounts.

Some months ago this year London was a theatre of opposing protests for and against his medical tourism in the British capital city. Then home-based doctors were on strike! Yet he abandoned his duties and headed for London to keep medical appointment with his British doctors. At another time Academic Staff Union of Universities (ASUU) were on strike for unpaid salaries and deterioration of the academic environment yet the President was nowhere to be found at home.

How can you be patronising foreign world-class medical facilities whereas we have the resources to replicate same at home? How about the Aso Rock Clinic? Why not turn it into a sophisticated medical centre capable of handling whatever medical condition anyone in government could face?

Just in three months interval this year starting from September President Buhari has visited close to a dozen countries with little or no commensurate benefits for the country. He was in New York, the US, in September for the 76th Session of the United Nations General Assembly. There and then in the Big Apple opposing protests were organized with one group calling him out and listing his human rights abuses and atrocities. And the other sympathetic group (obviously sponsored) drumming up support for him!

From New York he jetted off for Ethiopia to attend the inauguration of the country’s Prime Minister, Abiy Ahmed, for a second five-year term in office. The Nobel peace prize-winning executive PM had since transformed himself into a war-monger. Recently he made it clear he was going to the frontline to lead the battle against the imminent rebel invasion of the Ethiopian capital.

Someone should remind PM Ahmed that that was how the late Chadian strongman, Idris Deby Itno met his waterloo allegedly. When a haughty man who was rewarded with a Nobel prize for peace (with millions of Dollars that went with it) suddenly become an agent of war seeking to militarily subdue the Tigray region of the country then Nobel executives in Sweden must have regretted ever bestowing the honourable prize on him. Better candidates abounded!

From Addis Abeba (a city almost encircled by rebel forces) the President commanded his presidential plane pilot to head towards Saudi Arabia for an investment conference organised by the Future Investment Initiative Institute and lesser Hajj in Madinah and Makkah. Buhari is more at home in Saudi Arabia than in Nigeria!

Just few days after his return from the Arabian oil-rich country the President left the country yet again for Glasgow, Scotland, to participate in the 26th Conference of Parties (COP26) to the United Nations Framework Convention on Climate Change (UNFCCC). And from Glasgow he secretly took off yet again sneaking into London to see his doctors!

And from London he embarked on another trip to Paris for a one-day official visit as a guest of President Emmanuel Macron. And from Paris he flew straight to Durban, South Africa and returned to Nigeria on November 16, 2021.

And now yet another impending trip to Turkey where President Erdogan is ruling like a dictator. From Turkey he could divert the presidential plane to Dubai or Hong Kong, who knows!
The junketing President must be made to understand that Nigeria is burning and in need of leadership. Travelling out when the nation needs his attention most is not in the best interest of the country. He should, therefore, stay home and do the job for which he sought for our collective votes.