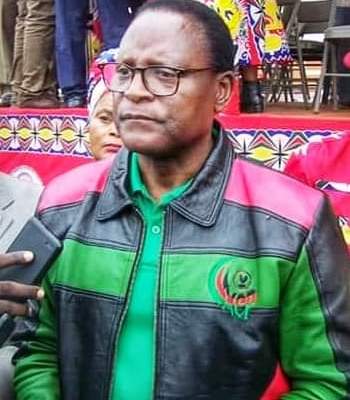 In the document, MCP strategists have suggested ‘establishment of linkages with all major hospitals for notable death to ensure the president’s condolence is one of the first out’ and ‘to connect with traffic police for major accidents reports’.

In short, kuyang’ana kuli maliro. The kuyang’ana maliro suggestions also include ‘linking with the disaster
management department so that President Chakwera is always the first to be on disaster scenes or be the first to offer condolences and direction’. Incredible!

According to the document, MCP also plans ‘to develop good relationships with media houses, develop good working relationship with Editors In-chief and build a team of editors that toe MCP’s narrative’.

In terms of ‘editorial control’, the MCP strategists aim to proof read journalists reports before airing on Television and target journalists to include MCP narrative in their programs.

MCP also aims ‘to recruit or build own, opinion sharpers’ and ‘empower them financially and otherwise’. The party also plans to select press officers to ask questions during Chakwera’s press conferences and state house briefings.

Specifically, MCP plans ‘to identify members from partner –UTM to join MCP’. The party will be approaching UTM Senior members, offer them businesses and tell them that MCP is considerate unlike their party president ‘who doesn’t help them at all’.

It sounds like fiction but this is the best MCP, through its best brains, could come up with. And yes this is being funded by some of the taxpayers money that has grown wings from government account number one since Chakwera became Malawi’s president.

Just a year into office, Chakwera’s government has been involved in financial scandals, embarrassing policy reversals and blatant lying to the public. Through its broken public relations machinery, state house has failed to fool alert Malawians into believing that everything is under control.

Apart from weekly scandals, the economic situation in the country is fueling extreme discontent
among Malawians who marched on the streets to fight for change.

Amazingly, the MCP strategists believe that being first to offer condolences at funerals will improve the image of the government and President Chakwera.

What MCP strategists need to know is that Malawians don’t need all these stunts to love Chakwera. They loved him based on his promises to be better than the previous president in economic management, fighting corruption and uplifting their livelihoods in general.

Malawians didn’t vote for Chakwera to let them prematurely die from curable diseases and appear first at their funeral.

The MCP strategists should also ask themselves why UTM members who overwhelmingly supported Chakwera and voted him into power have now turned against him.

The answer is simple; cluelessness, greed, nepotism, cronyism and mediocrity. As soon as the Tonse Alliance won the 2020 fresh presidential elections, MCP started planning for the 2025 elections in which the party wants to contest alone.

This is against the agreement among the parties in the alliance. But what is worse is that this shifted Chakwera’s focus from delivering Tonse’s promises to useless political scheming.

Patseni Mauka
Patseni Mauka is a Contributor at The Maravi Post and a Political Commentator in Malawi. His hard hitting Political views have a strong following on Social Media
RELATED ARTICLES
Lifestyle