You are here: Home » Lifestyle » Chad: Hundreds protest against the military junta 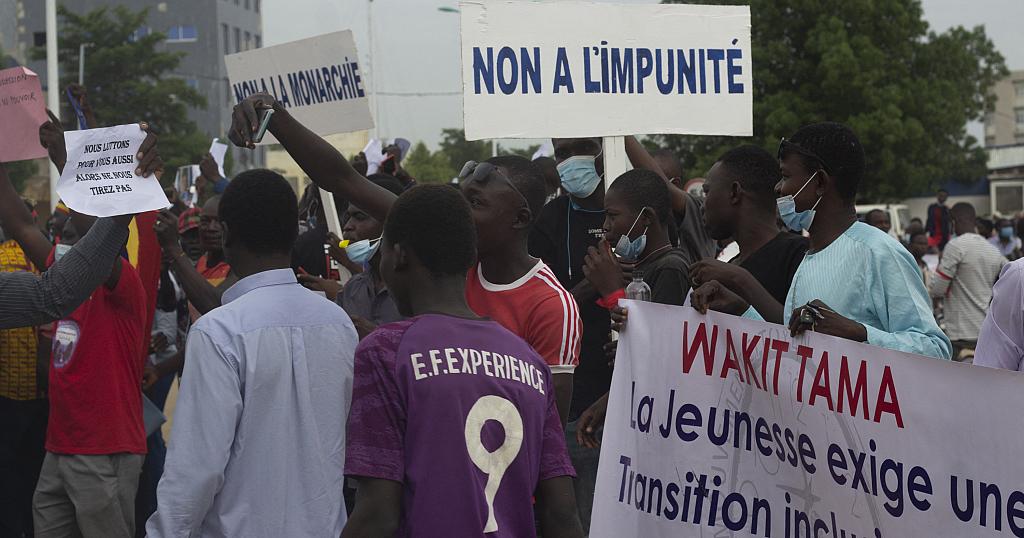 Several hundred people took to the streets in Chad’s capital N’Djamena on Thursday to protest against the ruling military junta.

Opposition movement The Transformers party along with several civil society groups had called for people to come out against what they say is a “the confiscation of power” by the so-called Transitional Military Council (CMT) that has ruled since the death of president Idriss Deby Itno in April.

The CMT is led by the late president’s son, 37-year-old four-star general Mahamat Idriss Deby, who has consolidated nearly all powers around himself and 14 generals who were close to his father.

They demanded a national conference to overhaul the junta’s charter and restore democracy in the former French colony.

“We are marching to demand that democracy and justice — the hallmarks of true peace — be re-established,” said a 22-year-old protester who gave his name only as Narcisse, brandishing a sign reading “No to the monarchy”.

Some also called for an end to violence.

“I came out today to say stop violence against women. Because we women suffer a lot of violence. And today I went out as a citizen, as part of a civil society organization to say no, no to impunity for perpetrators,” protester Épiphanie Dionrang told AFP.

Some protesters expressed anti-French sentiment with signs reading “France out of Chad”, and by burning French flags.

French President Emmanuel Macron met with the new rulers while attending Idriss Deby Itno’s funeral — the only Western head of state to make the journey.

“France has to choose the Chadian people as its partner in dialogue, not just a small group of individuals,” said Max Loalngar, spokesman for opposition group Wakit Tamma.

“Otherwise it will be the eternal enemy of the Chadian people.”

It’s the first time since Mahamat Idriss Déby took power at the head of the Transitional Military Council (CMT) in April. That an opposition demonstration has been allowed in the country.

Security forces were massively deployed along the three-kilometre (two-mile) route on a central avenue of the capital, but the protest was largely peaceful. A relief for many demonstrators.

“I have a feeling of satisfaction, satisfaction because we were able to march without any clashes taking place. We have demonstrated as Max (Loalngar, spokesperson for Wakit Tamma, ed.) said earlier, we are mature, we are capable, we are responsible for carrying out a truly peaceful march, which for once we have been allowed to do,” Mahamat Nour Ibedou, a member of the Wakit Tamma coalition said.

The ruling junta has said democratic elections will be heldat the end on an 18 months transitional period.

But with the parliament having been dissolved and the constitution repealed, many in Chad fear for the future of democracy. 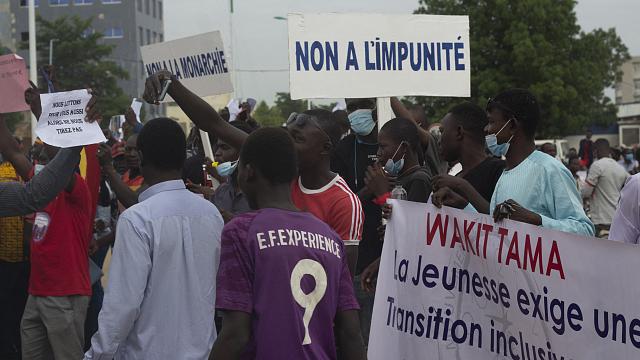 Like it? Share it!
NASS: National Asylum Run By Inmates, By Bayo Oluwasanmi < Previous
Malawi’s Covid-19 Update, July 29, 2021:760 new cases, 27 deaths Next >
Recommended stories you may like: