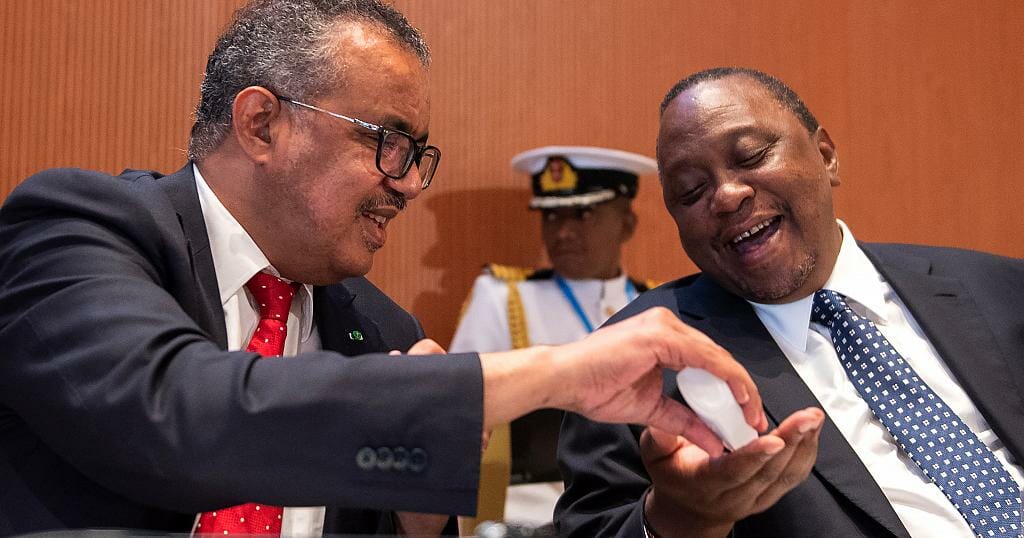 The first in-person WHO Health Assembly since the beginning of the pandemic kicked off in Geneva, Sunday.  Uhuru Kenyatta, whose country is one of the 34 members of the executive board, urged purchasing organizations to prioritize procurement of locally manufactured health products.

The president of Kenya praised World Health Organization chief Tedros Adhanom Ghebreyesus for his leadership during one of the WHO’s “most challenging periods” amid the coronavirus pandemic.

Uhuru Kenyatta, whose country is on the WHO executive board, spoke at Geneva’s first in-person Health Assembly since the start of the COVID-19 global crisis.

The pandemic “exposed the overdependence of developing countries to external markets” Kenyatta said, urging purchasing organizations such as the Global Fund to prioritize procurement of locally manufactured health products “from the countries they serve most.”

Greater vaccine and medicinal equality was strongly urged by Tedros throughout the pandemic.

Raising the issue once again, Kenyatta told the assembly no country was “immune” to the impact of the virus and no nation “however well resourced, can do this alone.”

“Not over before vaccines reach poorest countries”

“It’s certainly not over. I know it’s not the message you want to hear, it’s not the message I want to give, (…) but it’s not over until it’s over in every country,” WHO Director-General Tedros Adhanom Ghebreyesus told more than 100 health ministers from around the world in his opening speech.

The head of the WHO, who will be re-elected for a second term at this assembly, did recognise that in many countries “life is now similar to what it was before the pandemic” and this, among other things, has allowed the 75th assembly to be held in person after two years in which it had to be virtual.

“It’s good to see you again, it’s been a long time coming,” said Tedros, who stressed that “for two years technology has allowed us to meet and continue to work together, but nothing beats seeing each other face to face”.

Tedros warned, however, that the sense of normality could cause the world to “let its guard down dangerously”, at a time when many countries have reduced testing and this prevents them from knowing the true incidence of the disease, which could then be transmitted faster and evolve into new, more dangerous variants.

The Ethiopian expert recalled that one billion people in the lowest income countries remain unvaccinated against covid, and only 57 countries, about a third of the total, have achieved the WHO target of inoculating at least 70% of their population against covid.

“We call on those countries that have reached 70% to help those that have not,” said Tedros, who stressed that covid is not the only health challenge in a world that has recently seen outbreaks of Ebola, childhood hepatitis of unknown origin and monkeypox.

UN Secretary-General António Guterres spoke by video message on the opening day to stress that the assembly must discuss increased funding for the WHO, after the pandemic showed that it did not have the resources to respond to a health crisis of this scale.

“The assembly will discuss how to make WHO funding sustainable, but there is no investment that brings more benefit than one that is made in health,” said Guterres, who called on the 194 WHO members to “invest in a healthier future for all”.

French President Emmanuel Macron, also in a video message, recalled that another important point of debate will be how to improve the WHO’s pandemic response capacity and the international health system, and proposed in this sense a “permanent committee” in the organisation to deal with health emergencies.

“An ambitious body so that collectively we are more ready for any emergency that arises,” suggested the French president, who reiterated his country’s support for a future binding international agreement to deal with future pandemics and other health emergencies, which could be approved by the WHO in 2024. 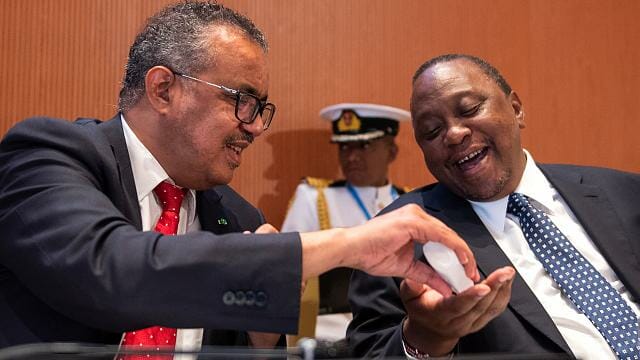 Like it? Share it!
Qatar hosts security conference ahead of World Cup < Previous
Resilient Nkhatabay farmers vow to salvage rice scheme Next >
Latest News From Malawi
Headlines From: The Maravi Post