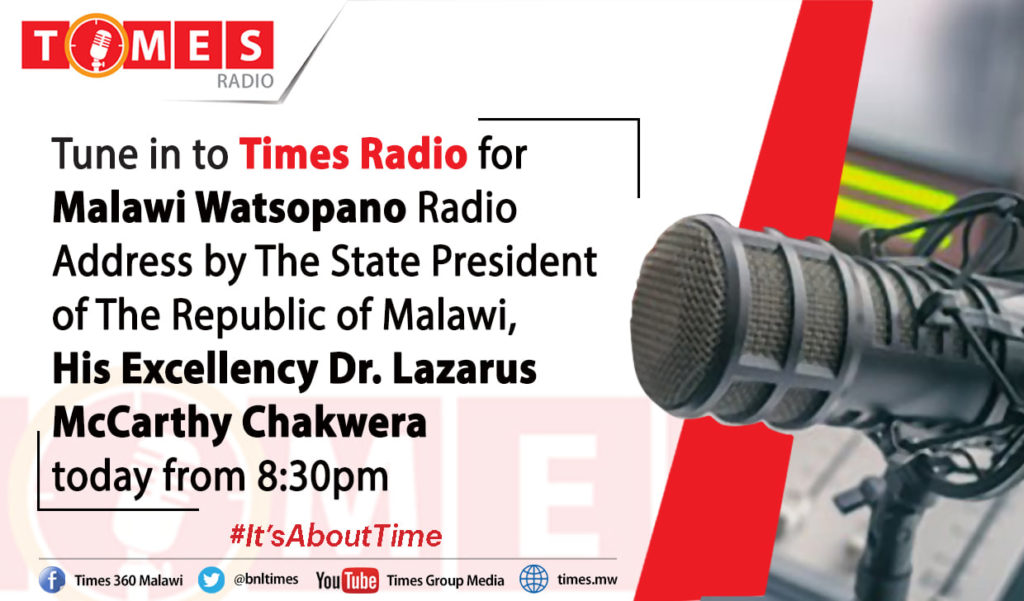 Addressing Malawians on Kazako ‘Free’ Radio Lazarus “Kadingus” Chakwera who has promised this to be a weekly occurrence says he is shocked with the level of economic plunder by the previous government.

However before the nation of hand Clappers get carried away , we have sources that have told us that the Rosa Mbilizi case is already falling apart because the President who was addressing you tonight has an account that used the same duty free services and it will be revealed If his cronies continues on this trajectory.

In his address to the nation tonight, on Kazako radio and Times Media, Lazarus Chakwera has underscored that his government will not let those who took part in the economic plunder, theft and corruption go scot free, but rather, will let the law take its course.

Apparently If this does happen, he will be the first inline, explaining away his own corruption and that of his cronies. Lazarus is implicated in the tax-Free account so follow that case closely.

He said he has discussed with Minister of Justice and Constitutional Affairs Titus Mvalo to expedite such cases without considering the offenders’ status. If that happens, we will be there to see it. Lazarus talks the talk but does not walk the walk.

He said he will reduce the presidential motorcade to not more than 10 and that no new vehicles should be procured for him. Seriously!

The president also spoke against the tendency of giving out allowances to civil servants adding that the practice has created loopholes for looting government resources.

On awarding of contracts, Chakwera said his government is committed to ensuring transparency in procurement processes.

As has been his habit of passing the buck, He called on all Malawians to take part in fighting corruption and protecting the country’s resources.

as to the Freedom of Malawi Media, Former Malawi President Bakili Muluzi said it best, the problem is Zodiak is in their pocket as Kazako was made a minister of Information so forget about Breaking News against this government.

TIMES TV and TIMES newspaper will never oppose this government as it belongs to Ken Kandondo and her sister (both ministers.)

Ufuluhttp://www.eltasenterprises.biz
Ufulu is a reporter at the Maravi Post since Inception. He has a Degree in Computer Science and has reported on Technical and development issues.
RELATED ARTICLES
corruption