You are here: Home » Lifestyle » Macron hit by egg at restaurant trade fair in Lyon

Macron hit by egg at restaurant trade fair in Lyon

French President Emmanuel Macron was struck by an egg as he visited a trade fair at the Eurexpo convention center in Lyon on Monday, 27 September. Footage shows Macron greeting members of the public and restaurateurs at the International Catering, Hotel, and Food Show (SIRHA) when he was struck by the small projectile on the left side of his face. The egg bounced off the president’s shoulder without breaking. Reporters at Lyon Mag, who captured the incident on video, said a ‘Vive la Republique’ was heard as a young man aimed at the president. 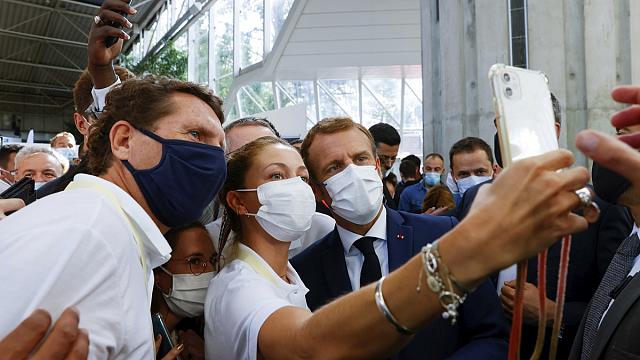 Like it? Share it!
Liberian President criticized over birthday billboards < Previous
Malawi’s private sector coaxed partaking on GBV ahead of #16 Days of Activism’s# 30 years anniversary Next >
Recommended stories you may like: