You are here: Home » Opinion » Politics of Fuel Subsidy Removal in Nigeria; the Chickens have returned to Roost ​​​​​​By Usman Okai Austin

Politics of Fuel Subsidy Removal in Nigeria; the Chickens have returned to Roost ​​​​​​By Usman Okai Austin

Events seem to be unravelling faster than anticipated for President Muhammad Buhari and his APC government as he winds down his tenure rather unimpressively. Mr President may have done an introspection by now and realized that promises are easier made in Nigeria; especially during political campaigns, than kept due to numerous extraneous factors and forces beyond control of the maker. Come to think of it, some of the opposing factors are self-inflicted by many a Nigerian leader often due to pursuit of narrow and selfish ends.
For example, only last week I was forced to make observations about the dubious rice pyramids that some undiscerning presidential aids that are adept at lies and deceits must have foisted on their unsuspecting Principal in order to make what in their minds amounted to bold political statements.

Afterall, we are in election period and both President Buhari and his APC party need to find something more convincing than the over 6 years of misadventure to persuade Nigerians to vote for them again in the coming elections. Unfortunately, not only did the pyramids statement sound hollow, it further exposed the dark underbelly of this APC government. To underscore the desperation in their camp, the APC led Federal Government of Nigeria is about executing another volt face again.
This time around it is about the much vaunted removal of petrol subsidy that the Government had executed surreptitiously and uncanningly in the budget of the previous years without thinking properly of its implications. The Government thought all along that petrol subsidy was the real culprit of Nigeria’s economic woes. How wrong was this line of thinking as it has now realized that although petrol subsidy is part of the larger economic malaise that has dogged Nigeria’s socio-economic development over the years, the real problem this time around lies in APC’s lack of vision, crass incompetence at governance and selective corruption. 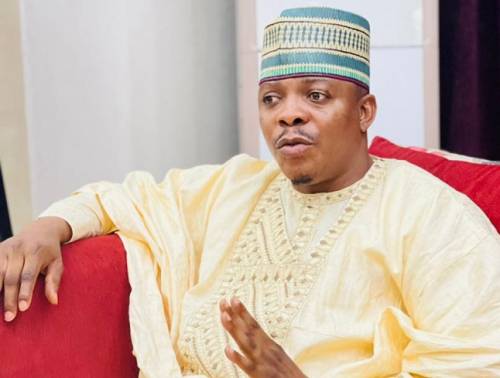 I remember vividly the animated and callous opposition mounted by the same APC while it was in opposition to former President Goodluck Jonathan’s PDP government over removal of petrol subsidy on 1st January, 2012. Despite assurances from economic experts based on sound economic and financial indices as well as global best practices, the APC still resisted the policy vehemently by gathering mobs and political thugs to shut down parts of the country with wild protests. Now the chickens have come to roost under the watch of APC. Pity is, unlike under former President Goodluck Jonathan’s government when the country had seasoned and world-acclaimed economic and financial advisers guiding the government on petrol subsidy, what we have under President Buhari currently are ‘patron’ economists and ‘buka’ financial experts; all products of nepotism and ethno-religious patronage.
Their lack of depth and vision have led to several policy summersaults since inception of current APC government, including that on petrol subsidy. Let us do a little fact check here and see. Empirical evidences have revealed that President Muhammad Buhari’s APC government has borrowed more funds to run his government since he surreptitiously removed petrol subsidy from the budget of previous years than was the case in corresponding period before subsidy removal.
What that simply portends is that, the amount of N1.77 trillion being taunted currently as petrol subsidy cost to the nation as at 2021 by the government may not be factual after all. Otherwise, petrol subsidy savings arising from its removal ought to have reduced Nigeria’s recent borrowings significantly and not otherwise. Don’t forget that petrol subsidy cost under former President Goodluck Jonathan’s PDP government by 2015 when APC took over was approximately N307 billion.
In retrospect, President Muhammad Buhari considered N307 billion as being excessive and laced with official corruption at the time during his numerous presidential campaigns; with a promise to handle petrol subsidy more efficiently when he assumes power. So, what went wrong? And if the Government insists that the N1.77 trillion cost of petrol subsidy as it currently stands is indeed correct, it means that a chunk of it may have also been dissipated on official corruption and wasteful expenditures that do not add value to national development.
Please note that I am not making any conjecture here please. Rather, I am only adding up pieces of APC’s economic puzzles around petrol subsidy in order to make some sense out of them. The Nigerian President must have known by now that politics of fuel subsidy removal transcends economic and financial considerations. It carries in its bowels moral, cultural and political factors; a combination of which requires careful consideration and action. Most critically, there must be good alternate policies that would not only cushion the effects of petrol subsidy removal on the populace, especially underprivileged Nigerians, but which must also ensure its sustainability.

As we can now see, the decision of APC led Federal Government of Nigeria to remove petrol subsidy was not well thought-out, was done surreptitiously without consultations and the Government have no effective cushioning policies other than some selective social-net schemes that have thus far benefitted a few APC stalwarts and their cronies only. To put it more succinctly, I am not so much bothered by current policy reversal on petrol subsidy removal in Nigeria as in the timeline that the Government has given for its re-implementation. According to the Government, the policy on removal of petrol subsidy has been postponed for 18 months beginning from 1st January, 2022.
This translates to the policy being re-instituted by 1st July, 2023, Ceteris Paribus (All things being equal); to borrow from the elementary economics that I learnt in secondary school. Does anyone smell a rat in this arrangement? As I have come to realize, this APC Government is very poor in playing politics and even poorer deceit game.
They ought to know that no discernible government would politicize a matter like petrol subsidy that is so fundamental to living condition of the citizenry and economic survival of the nation. Realizing that it has inflicted unprecedented suffering and poverty on majority of Nigerians through misgovernance for nearly seven years now, President Muhammad Buhari’s APC Government decided to postpone further suffering till 1st July, 2023 when it hopes to return to power. And if it fails to return, it would have succeeded in saddling whatsoever party succeeds it with a colossal debt burden and burgeoned petrol subsidy.
This is what is commonly referred to in Nigeria’s Pidgeon English as ‘Monkey Sense.’ Me think that the President and his party simply lack courage and vision to resolve the lingering problem of petrol subsidy after all despite their grandstanding on the matter. Apparently, the cabal that former Hon Minister of Finance and National Economic Coordinator, Mrs Ngozi Okonjo-Iweala tackled decisively have re-assembled at the banquet under President Muhammad Buhari having helped him and his APC party to attain power. These have been at the oil banquet table since 2015 ensuring Nigeria’s Refineries remain moribund while they feasted lasciviously on fuel subsidies.
Therefore, removal of petrol subsidy at this material time amounts to stirring the hornet’s nest and expectedly, they bared their fangs. APC shuddered and President Muhammad Buhari was advised to reverse himself on petrol subsidy otherwise the party will be doomed irredeemably. Although he does not have much at stake in Nigeria’s politics currently, President Buhari can ill afford to abandon the oil moguls that helped him and APC at this auspicious time. Not in an election year, and herein lies the crux of the policy somersault on removal of petrol subsidy that we are witnessing currently.
For APC as a party, nothing is beneath its effort in its quest to cling to power in Nigeria beyond 2023. Nigerians should therefore brace-up for more surprises and absurdities that could emanate from their camp. I will like to conclude by advising all Nigerians that no matter what President Muhammad Buhari and his APC do or say from now till 2023 elections, you should remain resolute and vigilant in the exercise of your civic duties and rights by voting your conscience and guarding your votes vehemently.
Let us ensure that only healthy, knowledgeable, qualified and patriotic Nigerians; irrespective of party affiliation or ideological persuasions, become our leaders henceforth. Let us not be deceived by desperate politicians and power mongers masquerading as democrats anymore. Nigerians, shine your eyes please!

Like it? Share it!
EUTELSAT KONNECT satellite selected by Intersat for Internet connectivity over Gambia, Guinea Bissau and Senegal  < Previous
That Pastor Tunde Bakare And This Bolaji Akinyemi, By Bolaji Akinyemi Next >
Latest News from Maravi Post
Recent Posts: The Maravi Post