HomeOpinionRented False Pastors And Unknown Bishops: Tinubu Not Qualified To Be President...
Opinion

Rented False Pastors And Unknown Bishops: Tinubu Not Qualified To Be President By Bayo Oluwasanmi 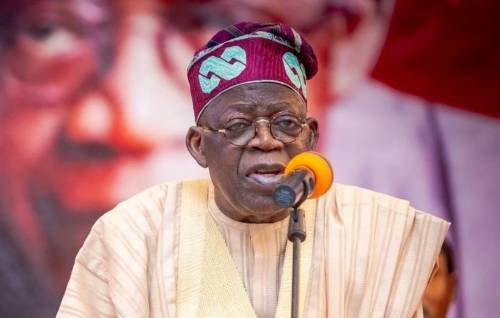 Nigeria is in a turbulent time. We need a president particularly fitted for the times. The judgment of Alhaji Bola Ahmed Tinubu to make his ticket Muslim-Muslim has been overwhelmingly condemned by Nigerians.

The selection of a running mate in a civilized country is often called the first Presidential act. The choice of a vice-president provides an important glimpse into how a presidential candidate will decide if he becomes the president. It shows whether he possesses the judgment the country expects in a future president. More importantly, it reveals the candidate’s own qualities of character and judgment.

Tinubu is not qualified to be a president for the following reasons:

By renting fake pastors and unknown bishops, Tinubu proves right the saying that a crook will always remain a crook. After all, Tinubu is a fake man, unknown presidential candidate. No one knows his real name. We don’t know his age. We don’t know the schools he attended. We don’t know anything about him. Everything about him is fake and phoney. No wonder, a fake man, unknown presidential candidate, will rent a crowd of fake pastors and unknown bishops to endorse his Muslim-Muslim ticket. Nigeria is irredeemable. Election is not the solution. Dissolution is the solution!