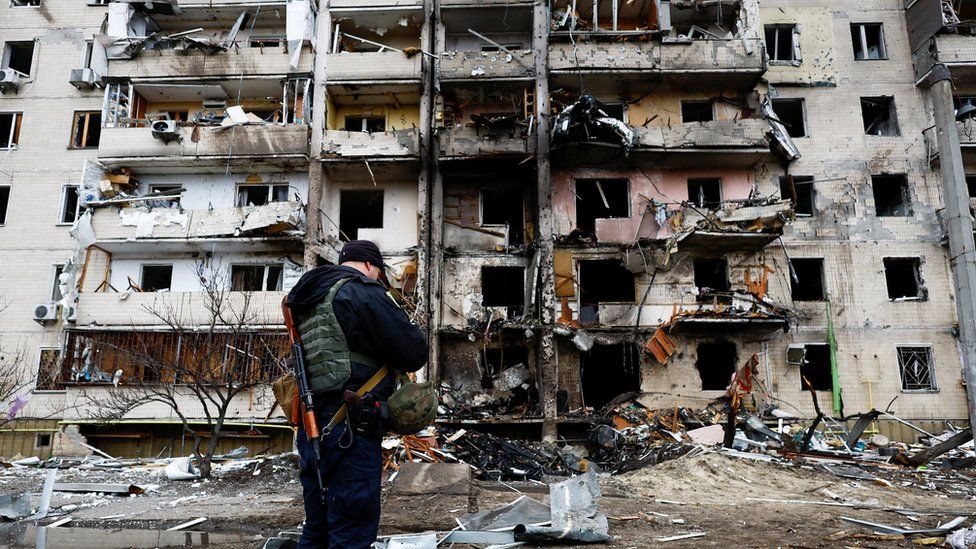 
The African Union (AU) has expressed concern over Russia’s invasion of Ukraine and subsequent attack that has left many dead.

The continental body has called for an “immediate ceasefire” to avoid what it a “planetary conflict”.

AU chairman and Senegalese President Macky Sall, and AU Commission Chairman Moussa Faki Mahamat have both in a joint statement said they were “extremely concerned” by the invasion.

“They call on the Russian Federation and any other regional or international actor to imperatively respect international law, the territorial integrity and national sovereignty of Ukraine,” the statement added.

A full-scale assault on Ukraine by Russia is still ongoing on several fronts after Russia launched attacks from the east, north and south on Thursday.

Ukraine officials have said that dozens of people have been killed, while thousands have fled the country.

Already many African countries are moving fast to evacuate their citizens in Ukraine especially students.

Many of these Africans are reportedly caught up in the conflict and are worried about their safety.

Ukraine’s President Volodymyr Zelenskiy says 137 people have been killed so far in the Russian invasion of his country. pic.twitter.com/YXv5oMEnIV


The United Nations has announced that it was immediately allocating $20 million to scale up UN humanitarian operations in Ukraine.

UN Secretary General Antonio Guterres said that U.N. and its humanitarian partners “are committed to staying and delivering, to support people in Ukraine in their time of need … regardless of who or where they are.”

“With deaths rising, we are seeing images of fear, anguish and terror in every corner of Ukraine,” the Guterres said.

RAW: Videos of a burning apartment building in Kyiv surfaced early on Friday. The cause of the fire was unclear.

The French president phoned his Russian counterpart after he spoke telephonically with Ukraine’s Volodymyr Zelenskyy.

Macron undertook strenuous diplomacy in recent weeks to avert a Russian invasion of Ukraine, including holding direct talks with Putin.

The Kremlin says there was a “serious and frank exchange of views” during the Thursday call.

Putin explained “in detail his reasons for the invasion, but Macron warned him of “massive sanctions.”

Like it? Share it!
Apple Music’s Africa Now Radio with LootLove this Sunday with Aṣa < Previous
In Kenya, old flip flops are turned into masterpieces Next >
Latest News From Malawi
Headlines From: The Maravi Post