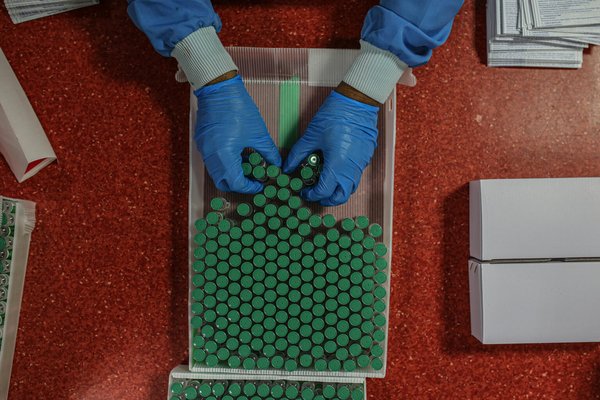 Ghana’s minority lawmakers and anti-corruption campaigners are demanding a probe into the award of a contract for the supply of Sputnik V Covid-19 vaccines.

It follows a publication by a Norwegian newspaper that the government of Ghana bought the vaccines at a price which is 90 percent more than the factory price.

The report revealed that the government purchased the Sputnik V vaccine from an Emirati official and a Norwegian citizen charged with money laundering.

Ghana’s Health Ministry which has so far paid $5 Million for the transaction said it was compelled to engage a middle man due to difficulties in getting the vaccines from the Russian government.


But this justification has been rejected by the minority MPs and some anti-corruption campaigners.

Minority MP on the health committee Dr. Sebastian Sandare is accusing government of using the COVID pandemic to loot the state coffers.

“I find the explanation strange and unacceptable. I think it calls for investigation and the minister to be hauled before the committee to explain why they have to use middle men because we are talking about health”, Dr Sandare noted.

A Civil Society Organization Tax Justice Network has also criticized the government for its handling of the transaction. It is demanding a probe to ensure that the country is not short-changed.

Meanwhile Ghana’s Health Ministry has contracted another supplier, S. L. Global Limited to purchase five million doses of the drug at $26 per dose.

Like it? Share it!
Flames coaches test positive to Covid-19 < Previous
Senegalese monks seek God through kora music Next >
Latest News From Malawi
Headlines From: The Maravi Post