You are here: Home » Regional » Ivory Coast’s Ouattara and Gbagbo meet after 10 years 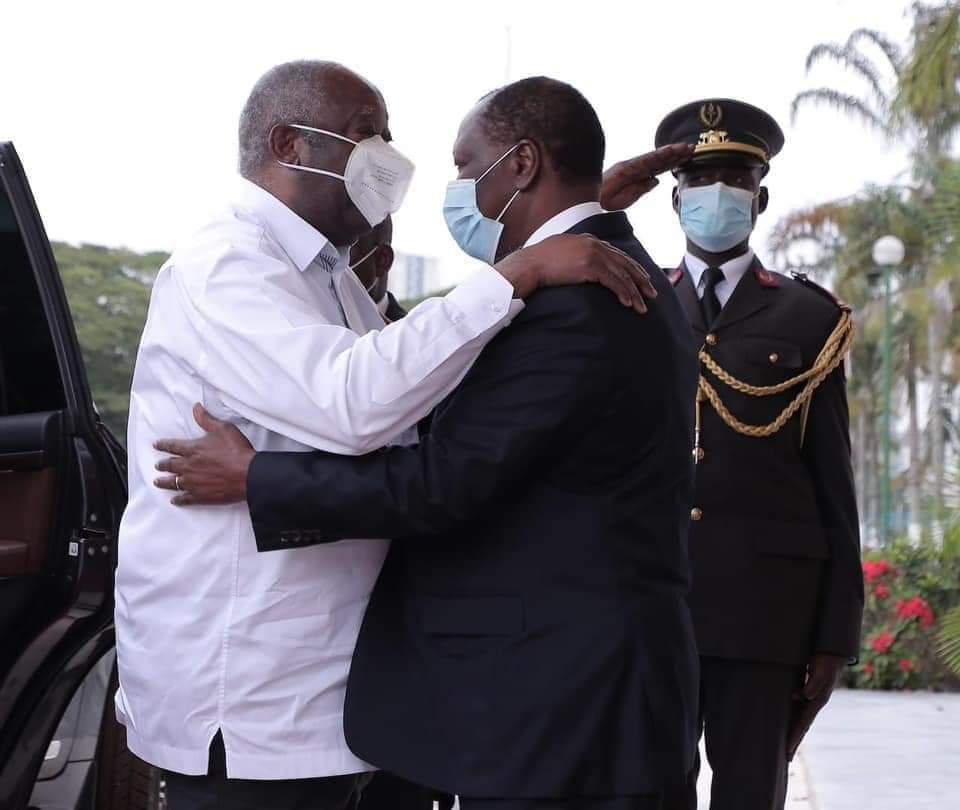 The two held a meeting on Tuesday as part of efforts to reconcile and forge national unity amid political tension.

It was the tension between the two political rivals in the wake of the 2010-2011 post-election dispute that sparked a brief civil way a decade ago.

That conflict led to the death of more than 3,000 people and got Gbagbo facing trial at the Hague.

The ex-president and his right-hand man Charles Ble Goude were acquitted of crimes against humanity by the International Criminal Court (ICC).

Judges dismissed an appeal by prosecutors over the 2019 decision to clear him and Ble Goude over the post-electoral violence.

Gbagbo said he had urged Ouattara to continue reconciliation efforts by freeing other prisoners from the civil war period.

“I told the president – and you will agree with me – I was their leader and I am out today. They are in prison. I would like the president to do all he can to free them,” Gbagbo told reporters.


After Tuesday’s meeting Gbagbo’s spokesman Justin Katinan Kone said people should “not to make too much” of the meeting.

“This is a courtesy visit to his elder… If it helps to ease the political atmosphere, so much the better,” Kone said.

Ouattara meanwhile said he and Gbagbo would continue to meet, and invited others to join them, probably after August.

“It is important for everyone to know that we have decided to restore trust and ensure that Ivorians reconcile and trust each other as well. The past events have been painful. Too many died and we must try to put that behind us,” Ouattara said.

Government spokesman Amadou Coulibaly said that Dialogue in Ivory Coast “will continue, because that is the government’s will”.

Gbagbo since his return has already met with some major opposition figures like the former president and political rival Henri Konan Bédié.

Like it? Share it!
Zambia: Concerns raised over unfair playing field ahead of August 12 poll < Previous
#Malawi’s Covid-19 Update, July 27, 2021: 743 new cases, 27 deaths Next >
Recommended stories you may like: