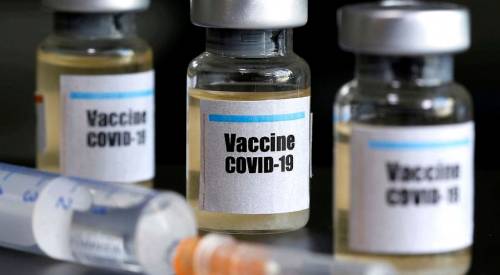 As of the 3rd of May 2021, 1.16 billion COVID-19 vaccine doses had been administered worldwide. 36.1% of the vaccine was administered among the 27 wealthiest countries globally, which account for only 10.5% of the global population.

Within the same period, Africa, which accounts for 17.6% of the global population, had administered vaccines to less than 2% of its people.

Africa suffers from the centralised worldwide production and distribution imbalance, as its dependence on Western manufacturers exposes it to the consequences of vaccine nationalism and procurement constraints. Africa produces only 1% of the vaccines used in Africa. This lack of vaccine manufacturing capacity, together with the continent’s faulty health infrastructure, indicates that vaccines will likely be a significant factor in disease control even beyond COVID-19.

Several coalitions and investments in COVID-19 vaccine manufacturing have been announced in recent months. On the 28th of March, 2021, the African Vaccine Acquisition Task Team (AVATT) announced a new agreement with Johnson & Johnson (J&J) to provide AU countries with 220 million single-shot doses of J&J vaccines. Aspen Pharmacare in South Africa will manufacture these.

However, investment for manufacturing locally in Africa is still limited. The Institut Pasteur de Dakar in Senegal, Africa’s sole WHO-prequalified vaccine manufacturer, manufactures only a small amount of yellow fever vaccines. According to a 2015 study co-sponsored by WHO and UNIDO, the cost of building a vaccine manufacturing plant ranges from $60 million to $130 million.

The continent can create an investment coalition through a centralised investment budget, as it did with a significant buyer coalition through COVAX, the AU, Afreximbank, and other organisations. The initiative will help to ensure that there is a uniform strategy across the continent, enabling each country to focus on its respective advantages.

Local vaccine manufacturers would also profit from access to a wider set of funders, involving objectives other than solely commercial returns, such as global development finance organisations and philanthropists, which may be ready to fund long-time investments.

Stakeholders across Africa have repeatedly expressed the need for manufacturing capacity in Africa. The 2011-2020 Global Vaccine Action Plan, which was adopted by all Member States of the World Health Assembly, and the 2016 Addis Ababa Declaration, which was endorsed by all African countries, are a few such declarations.

However, these declarations have not yielded results.

Africa needs a goal. A well-planned goal that is appropriately expressed and harmonised with stakeholders across national, regional, and continental tiers will be necessary for coordinating activities if vaccine manufacturing is to flourish on the continent.

The plan must include specified roles and responsibilities for stakeholders. Such a strategic policy will necessitate long-term agreements from all stakeholders, cutting across several election terms and administrations.

Every country has a regulatory agency that ensures that vaccines used within the country are safe and effective. These bodies are commonly known as the national regulatory authorities (NRAs). Standard NRAs are needed to start local vaccine manufacturing. Many African regulators are unfit to adequately regulate local vaccine production due to a lack of functioning NRAs. Only two NRAs, Tanzania and Ghana, in Africa have attained the World Health Organisation’s (WHO) level, required for WHO prequalification of local vaccines.

Vaccine manufacturing needs an extensive skill set, especially in biopharma, regulatory competence, quality assurance, etc. Vaccine knowledge is present in low supply in Africa. Only ten indigenous vaccine value chain players are currently active. About 40% work solely on packaging and labelling, and another 40% work solely on infill and finish. The continent is mainly susceptible to “brain drain” when newly upskilled workers work elsewhere due to substandard working conditions. The brain drain puts the continent at a disadvantage to depend on expertise from global manufacturers.

Tech transfers and rotations of trained workers will remain essential to start vaccine manufacturing in Africa.

Partnerships with graduate institutions to develop programmes and degrees to suit vaccine manufacturing needs and projects to repatriate talent from the diaspora, reskilling and upskilling of employees through training programmes for improving national skills should be considered by governments and local manufacturers.

African governments must look into these points to realise a local, continental manufacturing capacity. Vaccine scarcities in Africa have considerable health consequences. Uncertainties in vaccine access mean that the virus will go on to spread. The potential dividends of vaccines made in Africa such as job creation and promotion of socio-economic development are huge in responding to COVID-19 and preparing for unavoidable pandemics to come.