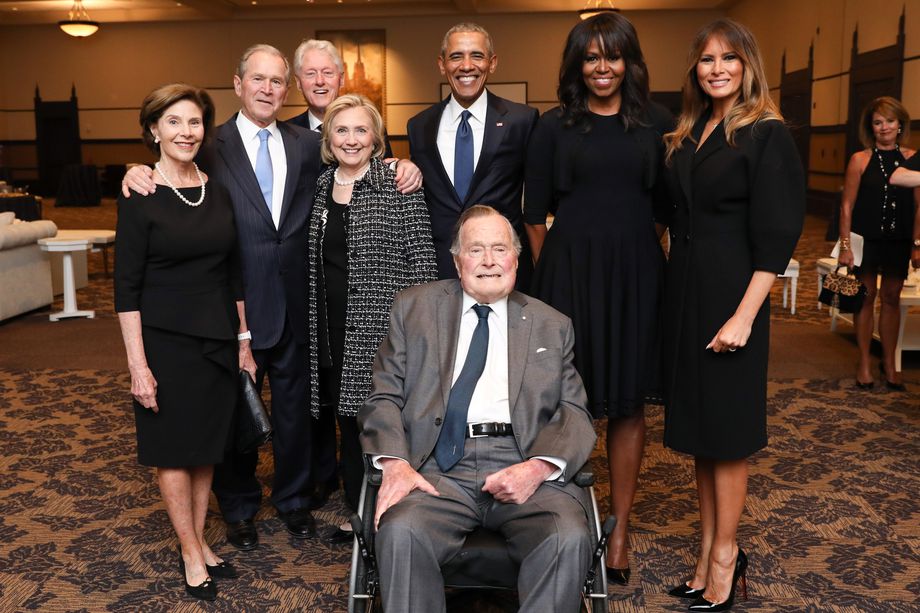 The statements from Rosalynn Carter, Hillary Clinton, Laura Bush, and Michelle Obama join a chorus of bipartisan condemnation of the family separations on the US-Mexico border — an unusual step given that former presidents and their families usually don’t criticize the current administration.

Here’s what they said: Rosalynn Carter: “Disgraceful and a shame to our country”

Rosalynn Carter, the wife of former President Jimmy Carter, called family separation “disgraceful and a shame to our country” in a statement to ABC News.

“When I was first lady, I worked to call attention to the plight of refugees fleeing Cambodia for Thailand, I visited Thailand and witnessed firsthand the trauma of parents and children separated by circumstance beyond their control,” Carter said.
Hillary Clinton: “A moral and humanitarian crisis”

Former first lady and Democratic presidential candidate Hillary Clinton used her time on the stage at the Women’s Forum of New York luncheon to denounce Trump’s “horrific” policy. She cited the images of children in cages and the Honduran woman who claims her child was taken from her while she was breastfeeding:

Separating families is not mandated by law at all. That is an outright lie. And it’s incumbent on all of us — journalists and citizens alike — to call it just that.

Clinton finished her impassioned speech with a jab at Attorney General Jeff Sessions and press secretary Sarah Sanders, who have called the matter of separating families a “biblical” duty:

Those who selectively use the Bible to justify this cruelty are ignoring a central tenet of Christianity. … Jesus said, “Suffer the little children unto me”; he did not say, “Let the children suffer.”

Laura Bush: “It breaks my heart”

Bush made clear that she felt Trump’s “zero tolerance” immigration policy, enforced by Sessions, was wrong:

“I live in a border state. I appreciate the need to enforce and protect our international boundaries, but this zero-tolerance policy is cruel,” Bush explained. “It is immoral. And it breaks my heart.”

Maravi Post Author
Today's Opinion · Op-Ed Columnists · Editorials · Op-Ed Contributors to the Maravi Post· The Maravi Post accepts opinion essays on any topic. Published pieces typically run from 400 to 1,200 words, but drafts of any length within the bounds of reason will be considered.
RELATED ARTICLES
Regional