You are here: Home » Lifestyle » Boxing: Ramla Ali ‘honoured’ to be part of first female fight in Saudi Arabia Already used to making history in a career that has taken her from becoming Somalia’s first boxer to compete at an Olympic Games, a British Vogue cover model and UNICEF Ambassador, Ramla Ali will mark another major first in Jeddah on Saturday

Ali will feature on the undercard of the Oleksandr Usyk versus Anthony Joshua fight in the first professional female bout to take place in Saudi Arabia.

The event is not without controversy – critics of Saudi Arabia’s Human Rights record and the nation’s treatment of women in Saudi society have accused organisers of ‘sportswashing’.

Saudi Arabia has also launched a military operation in Yemen that has caused a humanitarian crisis, attracting further criticism.

However, Ali defended her decision to go ahead with the fight.

“It’s a huge honour,” she said. “We’ll be the first women to have competed here professionally in the Kingdom of Saudi Arabia.”

“I feel like the way the media portrays Saudi Arabia is not entirely accurate,” Ali continued. “They are pushing female sport and the fact that they’ve allowed two girls to compete here for the first time shows how progressive the country is becoming.” 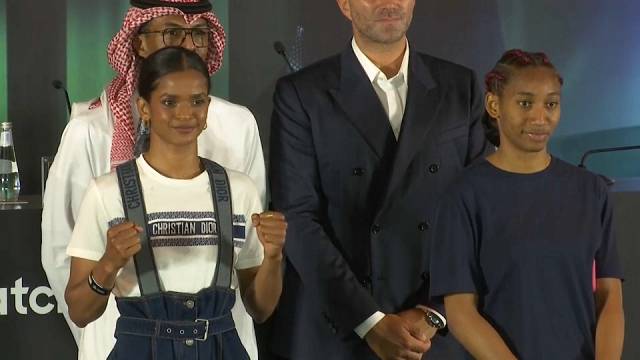 Like it? Share it!
University of Ghana launches project to advance women in STEM < Previous
WHO warns of disease threat amid Horn of Africa drought Next >
Latest News From Malawi
Headlines From: The Maravi Post