You are here: Home » Lifestyle » Chad pleads with UN for permanent African seats on Security Council Chad is asking for Africa to be allowed to join the United Nations Security Council as a permanent member.

Speaking to the UN on Friday Chad’s Secretary of State for Foreign Affairs, Awatif El Tidjani Ahmed Koiboro, said it would “correct an historic injustice” and help countries in the G5 Sahel.

She said: “On the reform of the Security Council, the body responsible for peace and international security, Chad once again urges member states to move from rhetoric to action in order to achieve the said reform and correct the historic injustice towards the African continent, which excludes it from full and equal participation in this body.”

Nigeria has already demanded two permanent seats be allocated on the UN Security Council to Africa.

But Chad is especially concerned about Mali’s recent withdrawal from the G5 Sahel.

“Regarding the internal situation of the G5 Sahel, which recorded the departure of the sister Republic of Mali, we regret this withdrawal,” said Ms Koiboro.

“Because Mali is a founding member of this organisation. It has its place by our side.

“We will not be able to defeat terrorism, stabilise and develop the Sahel, without a common fight and pooling of resources.

“We hope that our Malian brothers will reconsider their decision and rejoin our common organization. The door of the G5 Sahel is always wide open to welcome them.”

In December last year the UN and the African Union pledged to work together with the G5 Sahel and Economic Community of West African States (ECOWAS) to improve security and governance. 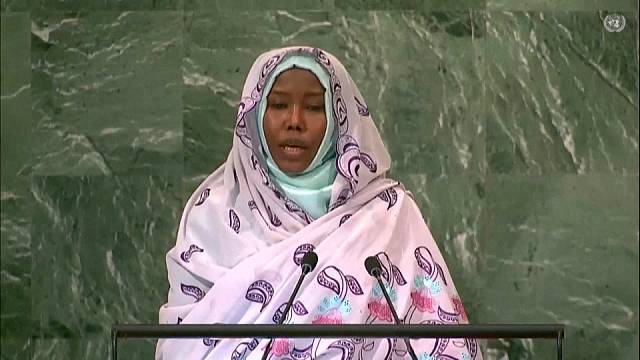 Like it? Share it!
Mali reports progress in political transition process, fighting terrorism < Previous
Egypt’s Foreign Minister calls for improved climate commitments at COP27 Next >
Recommended stories you may like: