HomeOpinionDialectics Of ‘Revolution’ And ‘Democratic Evolution’ By Edwin Madunagu
Opinion

Dialectics Of ‘Revolution’ And ‘Democratic Evolution’ By Edwin Madunagu 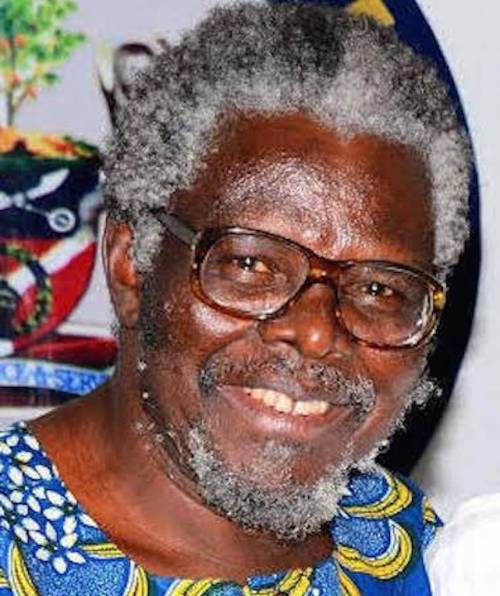 At the height of the armed insurrection against the American State in Washington on Wednesday, January 6, 2021, one of the armed rebels was recorded by the BBC as saying: “This country was founded on revolutionary principles. But it became civil when they got what they wanted.” The particular insurrectionary act was the armed attack, by a mob, on that country’s central parliament while in full session at the parliamentary building called Capitol. The Congress, as America’s central parliament is called, was in full session to confirm the election of the incumbent president’s successor. The incumbent president was Donald Trump of the Republican Party; the successor was Joe Biden of the Democratic Party; and the insurrection was officially alleged to have been “instigated” by the incumbent president to prevent the confirmation of his successor.

Although this confirmation is seen as a formality, the election of an American president will be constitutionally incomplete without it. In other words, no one can be legally pronounced elected as American president unless he or she had been previously so pronounced by the American Congress. And even after this formal Congressional confirmation, the elected candidate cannot assume the office of American president unless he or she has been sworn in as such. This explains the extraordinary security measures taken at Joe Biden’s swearing-in. So, the armed rebels who attacked the Capitol were not mad. They merely chose, according to their own strength, the point at which to attack and possibly disorganize a process.

By “revolutionary principles” the “insurrectionist” who was interviewed by the BBC was, of course, referring not to the violent and genocidal destruction of the original populations and civilizations of North America, but to what official history—the history of the conquerors—has recorded as the “American Revolution.” This was the eighteenth-century rebellion of America’s colonisers against the English crown that conquered and established the colony. If you want to toe the line of academic correctness, you may put the preceding phrase as rebellion against the English crown in whose name and authority the American colonies were conquered, occupied, and administered thereafter. By “civil” our recorded insurrectionist meant “democratic” or “according to law”. And by “what they wanted” the quoted insurrectionist meant what the colonizers who rose in rebellion against the English crown wanted: to become independent rulers.

Later, after the insurrection had been defeated, I read the following on-line report: “Black Lives Matter (BLM) sympathisers think that if those who invaded the Capitol had been any shade of black, the casualties would have exceeded five, and many of those alive would have been escorted into police patrol vehicles in regulation ‘wrist-bands’ of the Prisons.” What the reporter-analyst was saying, in plainer language, was that if there had been black people or more black people in the mob that invaded the Capitol, there would have been many more dead rebels and many more brutally executed arrests. In other words, if there had been more black people among the insurrectionists, the counter-attack by the police would have been much bloodier. This line of thought will not be pursued here beyond drawing attention to the contradictions and complexities of what we all sometimes confirm as “progress”.

For long after I watched the live BBC-TV report, the recorded angry statement of one of the armed “insurrectionists” and what a reporter-analyst said about the “thoughts” of BLM activists stirred my thought in several directions. But each direction led me only to the dialectics of “revolution” and “democratic evolution” in the movement of history. Or, taking a long and broad view of history, and at the risk of being schematic, how “revolution” creates the foundation for periods of “democratic evolution”; and how further qualitative advance in the movement of history requires, as foundation, another revolution. This led me, in a tortuous manner, back to the dual character of People’s Manifesto.

A people’s manifesto is, in the first place, the Nigerian Left’s manifesto in the ordinary sense of the concept in electoral politics or “bourgeois politics” as we used to call it. In the second place, it is a “charter of demands” of the Nigerian masses on the Nigerian state. In the former role, it is a statement of what the Left promises to do if it comes to power through elections or some other mechanisms laid down by the ruling class and its state. In the latter role, the people’s manifesto is a guide for direct popular struggle (sometimes popular-democratic, sometime revolutionary).

We may now return to the “Trumpist insurrection” with which this discussion began. We recall that there was an angry condemnation from all over the world and from the liberal Right to the revolutionary Left. There was widespread anger against the insurrection in Nigeria. Everyone was annoyed. Nigerian Leftists were annoyed. I was annoyed. It is against the background of this widespread anger that I now ask: Is the Nigerian Left angry and vehemently opposed to the “Trumpist insurrection” because that particular insurrection was fascist, racist and generally retrogressive both in its motive force and in its enactment? Or, is the Nigerian Left, in principle, against insurrection? Or, is the Nigerian Left against insurrectionary attack on “symbols and institutions of democracy”? And then: Is there any situation or historical conjuncture in which an attack on “symbols and institutions of democracy” may not provoke so much anger or popular condemnation?

If Nigerian Leftists find these questions difficult to answer, how much more will they be confounded if direct questions are asked on the dangerous events that are now unfolding at home, events that involve popular masses with whom Leftists interact directly, events that have ethnic, geopolitical and religious ingredients, dimensions or colorations? In particular, how do we, as Nigerian Leftists, see the conflict involving herders, farmers, ordinary people, terrorists, political leaders, activists and the Nigerian state—at different levels? And, without taking refuge in theoretical or historical generalizations, slogans, and abstract formulas, how do Nigeria’s revolutionary socialists and Marxists see the conflicts historically and dialectically?

Do we realize that part of the difficulty in answering questions on the current crisis arises from our trying to answer them as popularly posed, that is, in term of “for” or “against”, “yes” or “no” and within the context of what is given or suggested by the ruling class? Put more directly, do we see that we have to transcend the questions as presently posed, and pose them differently? But, in the meantime, while trying to re-pose the questions, the situation worsens. What then can be done in the interim? My late father used to meditate: “Dried meat is indeed very delicious; but what shall we be eating while waiting for the meat to dry?” This is the critical question, a question that is both theoretical and practical and sometimes very urgent. It is a question with which history has confronted Leftist revolutionaries—sometimes cynically—for generations.

The preceding thought may be offered differently and more simply: Nigeria’s ruling class cannot—beyond embracing illusory temporary reprieves—resolve the crisis now enveloping the country. It has neither the ability nor the credibility. And the crisis cannot be resolved within the framework or context of the existing capitalist political economy. But in the meantime, the situation is worsening and the masses are rising because they are more directly affected. So, what does the Nigerian Left do in the interim, as a minimum programme? There is a lot it can do: through writing, through its moral authority in the civil society, through its own popular organizations and through friends and ideological allies in the existing institutions.