The Japanese Self Defence Forces (JSDF) held their annual fire power exercise on Saturday. Nobuo Kishi, the country’s defense minister, watched on as military personnel took part in drills involving armoured vehicles and helicopter exercises at a base in Gotemba. The drills come as Japan looks to bolster its military capabilities amid a deepening territorial row with China over regional seas. Officials are increasingly concerned about Chinese activity in and around Japanese-claimed waters surrounding the Japanese-controlled Senkaku islands, which Beijing also claims and calls Diaoyu. Saturday’s drills also come a week after Japan, the U.S. and France held their first joint drill on Japanese soil – dubbed “ARC21″— as they seek step up military ties amid growing Chinese assertiveness in the region. Since the end of World War II, Japan’s constitution has limited the use of force to self defense. Japan in recent years has continued to expand its military role, capability and budget. Due to the COVID-19 pandemic, this year’s exercise was not open to the public. 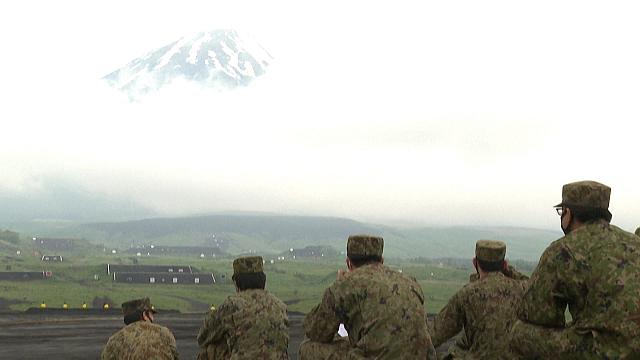 Like it? Share it!
Remains of Malawian Female Peacekeeper LANCE CORPORAL CHITENJI KAMANGA who died in DRC finally brought home < Previous
Bhutan, the vaccination nation: a UN Resident Coordinator’s blog Next >
Latest News From Malawi
Headlines From: The Maravi Post