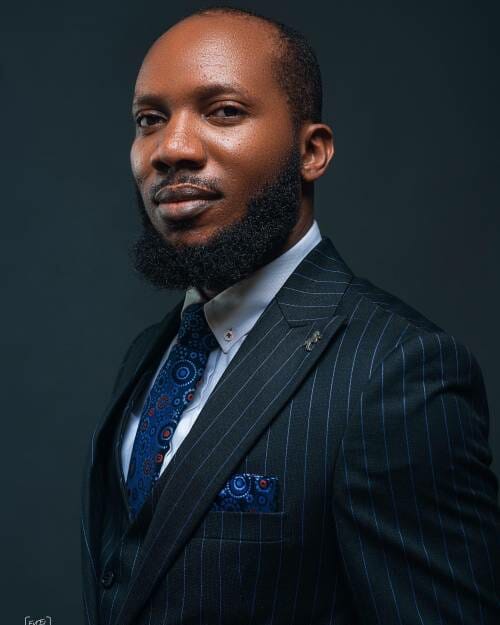 The decision of the All Progressives Congress (APC) to nominate Alhaji Bola Ahmed Tinubu and Senator Kashim Shettima as her presidential and vice presidential candidates respectively, has thrown the country into palpable political and ethnoreligious tension; given that both candidates are of the Islamic faith, which has altered the established political tradition and further jeopardized the delicate structural balance of Nigeria.

Constitutional Requirements for the Office of President and Vice President

As the controversy rages on, this op-ed attempts to dissect the legal perspective and the implications of the same faith candidacies adopted by the APC. As a preliminary point, it should be noted that the faith or religious identity of a candidate is not a prerequisite or a qualifying criterion for eligibility into elective offices. Thus, the issue is not whether Kashim Shettima is qualified to be the Vice President within the purview and contemplation of the Constitution of the Federal Republic of Nigeria, 1999 (as amended).

From the foregoing, there is no doubt that Senator Kashim Shettima has met the constitutional requirements to be nominated as the Vice-Presidential candidate of the APC.

As earlier cautioned, the real issue is not about qualification; the real question or issue is whether the decision by Tinubu and the APC to select and nominate Shettima as their Vice-Presidential candidate despite being of the same faith as the Presidential Candidate is in conformity with the constitutional principle of federal character?

I will preface my attempt to answer the above question by drawing our attention to Section 10 of the Constitution which is construed by a jurisprudential school of thought as the provision that entrenches the secularity of the Nigerian state, by declaring emphatically that “the Government of the Federation and of a State shall not adopt any religion as State religion.”

In essence, while there is a general consensus that Christianity and Islam are the ‘dominant’ religions in Nigeria, the Constitution forbids any act or omission which seeks, tends or purports to elevate either religion as a state religion. In discussing the Muslim-Muslim ticket, or Christian-Muslim ticket, we should bear in mind that these religions are not the official religions of the Nigerian State and cannot be elevated as such having regard to the constitutional encumbrance in Section 10.

The federal character principle at the federal level is rooted in Section 14 (3) of the Constitution. For clarity, the provisions are reproduced verbatim infra:

“14(3) The composition of the Government of the Federation or any of its agencies and the conduct of its affairs shall be carried out in such a manner as to reflect the federal character of Nigeria and the need to promote national unity, and also to command national loyalty, thereby ensuring that there shall be no predominance of persons from a few States or from a few ethnic or other sectional groups in that Government or in any of its agencies.”

From the above provisions, the composition of the Government of the Federation, and the conduct of its affairs shall be carried out in such a manner as to reflect the federal character of Nigeria, promote national unity, and also command national loyalty, and ensure that there shall be no predominance of persons from a few ethnic or other sectional groups in that Government.

The word “character” can simply be defined as the attributes, traits, mannerisms, physical makeup, culture or personality of a person, society, nation or thing. The Constitution Drafting Committee (CDC) in its 1977 report, defined Federal Character as follows:

“The distinctive desire of the peoples of Nigeria to promote national unity, foster national loyalty and give every citizen of Nigeria a sense of belonging to the nation notwithstanding the diversities of ethnic, origin, culture, language or religion which may exist and which it is their desire to nourish, harness to the enrichment of the Federal Republic of Nigeria.”

More concisely, Section 14 (3) of the Constitution reproduced supra is unequivocal on the purport of the federal character principle. The intention of the framers of the Constitution is not in doubt. Federal character is intended to promote national unity, and also command national loyalty, and ensure that there shall be no predominance of persons from a few ethnic or other sectional groups in that Government.

However, there are instances where the principles enunciated and provided for in Chapter II will be justiciable. One of such instances is where the Constitution itself makes a principle in Chapter II justiciable. Another instance is where the National Assembly enacts a law to guarantee the justiciability of a given matter or item in Chapter II. See the case of AG Ondo State supra and Section 4 (2) read along with item 60 (a) Part 1 of the Second Schedule to the Constitution on the exclusive legislative power of the National Assembly to enact a law for the enforcement and justiciability of Chapter II.

I have already posited in this piece that Senator Shettima is constitutionally eligible to be nominated for election to the office of the Vice President. I also espoused that the gravamen of the argument is not about his constitutional qualification.

Has the APC Breached the Federal Character Principle?

The question begging for answer therefore is, has the APC in any shape or form contravened the Constitutional principle of federal character by opting for Muslim-Muslim Presidential Candidacies in defiance of federal character and the established political tradition practised since the birth of the Fourth Republic in 1999?

The answer to this poser is not a simplistic one. However, a community reading of the provisions of Sections 14, 15, 131 (c), 142 (2), 221, 222 (b) and 224 of the Constitution offers not only clarity, but a definitive answer on whether the Muslim-Muslim presidential candidacies adopted by the APC is inconsistent with the spirit and letters of the Nigerian Constitution, particularly as it relates to federal character. I shall now examine the said provisions in brevity.

Section 15 of Chapter II contains the Political Objectives of the country and subsection 2 thereof states that “…national integration shall be actively encouraged, whilst discrimination on the grounds of place of origin, sex, religion, status, ethnic or linguistic association or ties shall be prohibited.” Subsection 4 of Section 15 similarly states that “The State shall foster a feeling of belonging and of involvement among the various peoples of the Federation, to the end that loyalty to the nation shall override sectional loyalties.”

In the instant case, the APC as a political party has an obligation to conform to the Fundamental Objectives and Directive Principles of State Policy in Chapter II of the Constitution, including the federal character principle under Section 14 and the political principles in Section 15 which mandates that “…national integration shall be actively encouraged, whilst discrimination on the grounds of place of origin, sex, religion, status, ethnic or linguistic association or ties shall be prohibited” and to also foster a feeling of belonging and of involvement among the various peoples of the Federation, to the end that loyalty to the nation shall override sectional loyalties.

From all that we have witnessed since Shettima’s nomination was made public, it should not be difficult to reach a conclusion that the APC has violated the federal character principle.

Those who keep retorting that Nigerians who are not comfortable with the decision of the APC should focus on their preferred political parties should reread the constitutional provisions enunciated above, including Section 224 which imposes a duty on all political parties to adhere to federal character. It smacks of arrogance and crass insensitivity to dismiss the legitimate views of those who are justifiably disenchanted by the destructive and dangerous politics of identity and exclusion that the APC has now fully embraced.

There is a reason why the framers of the Constitution made it mandatory for the membership of all political parties to be open to people of all religions. It is to ensure that all religions are treated fairly in the ‘distribution’ of leadership positions in the country. It is to ensure that a political party does not operate in a sectarian manner. It is to prevent a political party from projecting itself as a Muslim Brotherhood, or as a Christian Brotherhood, or as a brotherhood for African traditional worshippers.

Since the APC has chosen a sectarian and divisive path, it is left for the Nigerian electorates to determine whether the path chosen by the APC is in the best interest of Nigeria bearing in mind the existing mistrust in the country, and the multi-religious and multi-ethnic character of Nigeria and vote accordingly in 2023.

Given the unpardonable mismanagement of Nigeria’s diversity, and the grievous damage that President Buhari and the APC have inflicted on this country in the last seven years, one would have expected the APC to read and respect the mood of the nation and be circumspect, and not resort to desperate political gimmicks and divisiveness that will further polarize our country. Shamefully, the APC decided to remind us that allowing it to assume power in 2015 remains a tragic mistake of history.