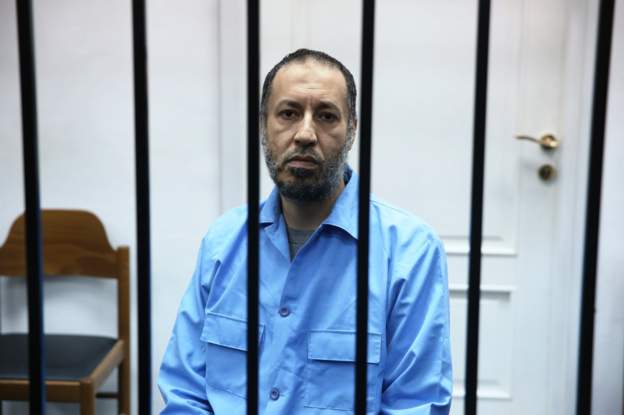 The third son of the former Libyan leader, Muammar Gaddafi, has been released from jail in the capital Tripoli.

He has been in prison since 2014 when he was arrested and put on trial after fleeing the when his father was toppled in 2011.

Sa’adi Gaddafi was commander of Libya’s Special Forces. He fled to Niger when his father was overthrown and killed.

He was then extradited back to Libya, put on trial where he was found not guilty of a series of crimes including murder.

Libya’s Government of National Unity said in a statement that the release of Gaddafi would help national reconciliation.


Shortly after his release, Mr Gaddafi though boarded a private jet and flew to Istanbul.

In 2018 a Libyan appeals court though cleared Mr. Gaddafi of charges of murdering a footballer before Libya’s 2011 uprising.

Saadi Gaddafi under his father had a career as a footballer in Libya and Italy.

Libya has been torn apart after the overthrow of Muammar Gaddafi with two factions controlling the country.

There have been violence and instability in parts of the country with efforts to restore peace still ongoing.

Like it? Share it!
Insights on how to buy Bitcoin near me < Previous
NBM supports MUBAS symposia with MK2.8 million Next >
Latest News From Malawi
Headlines From: The Maravi Post