You are here: Home » Malawi » Lilongwe Maseko Ngoni Chapter to march for Umhlangano in bid to raise K10m 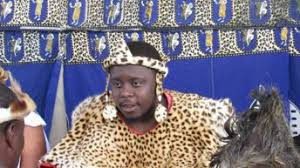 The Lilongwe Maseko Ngoni Chapter announced it will hold a big walk on August 26, 2017 to raise funds to contribute to the K10 million shortfall with the main Umhlangano organizing committee.

Organising committee Vice m Chairperson, Batameyo Jonaziyo Dimba, said the big walk will start from at a a perol filling station along the Mchinji Road and end at Kamuzu Central Hospital roundabout.

“We expect to realize not less than K2 million to contribute to the K10 million shortfall, which was announced last week by the main Umhlangano Organizing Committee,” Jonaziyo said.

He said the money to be realized would meet food, transportation and accommodation of some Ngonis who may find it hard to finance their participation of the event.

“We have in mind the aged, the poor and school-going children who cannot afford to go to Ntcheu to pay homage to our Ingwenyama Gomani V, due to monetary challenges they may faces,” he added.

Apart from cushioning the main committee’s budget gap, the Lilongwe Maseko Ngonis will spend part of the big walk poceeds on charity work by cheering mothers at Ntcheu District Hospital Maternity Wing, prior to the function. During the visit, an assortment of items will be donated.

The guest of honor who is also Chairperson for Lilongwe Maseko Ngonis, Andrew Kamlopa said the big walk is well planned.

“We uphold to the three pillars of love, unity and Godliness as laid down by our Paramount Chief Gomani V, so the donations will teach the young Ngonis (amajaha and amtombezane) to grow up with a giving spirit,” Kamlopa said.

He added that the 2017 function, which is the fifth time the Maseko Ngonis are holding the occasion, would be the first to hear Ngoni youngsters greeting and talking to Nwenyama Gomani V in Isi-ngoni, their mother tongue.

“Tsangano is a corruption of a zulu word ‘umhlangano,’ which means coming together of a gathering of people; while Gomani and Lizulu are a mispronunciation of Ngcamane and Lizwe la Mazulu respectively,” he stated.Besides President Prof. Peter Mutharika, Ngonis of South Africa, Mozambique, Tanzania, Zambia, are expected to throng the Gongolo grounds at Nkolimbo Village, the hub of Maseko Ngoni Cultural Heritage.
The Maravi Post has over one billion views since its inception in December of 2009. Viewed in over 100 countries Follow US: Twitter @maravipost Facebook Page : maravipost Instagram: maravipost