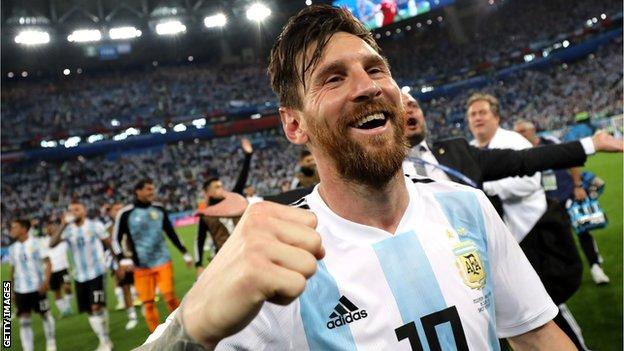 
Paris Saint-Germain superstar took to the media to admit that lifting the Copa America was the “most difficult” victory in his trophy-stricken career, and the Argentina attacker was able to find his “peace of mind” at the international level.

After facing several heartaches at the 2014 World Cup and two Copa tournaments in 2015 and 2016, the Paris Saint-Germain superstar was afraid that he might never land a trophy with his country in his career.

The six-time Ballon d’Or winner, however, was able to lead his team to a triumphant title in Brazil this summer, as he captained the Argentina side to a memorable victory. Now, the player can be at peace with himself knowing that he was able to hit his targets in his amazing career.

The Argentina star spoke to ESPN about winning the Copa America title, which will be sitting amongst the many trophies he won with Barcelona. He said via best au online casino sites: “Everything I won was important and beautiful, but this was the most difficult because I went through many things. It was knock after knock.

“I finally had happy holidays from the first day to the last. Before I was bitter and now it was different from start to finish. My children sing Argentina songs all the time, they remember the final against Brazil and for me it’s spectacular to see how they enjoy that.”

Although the player became a legendary football in his incredible career, critics were quick to point out the fact that Messi had yet to claim any international title for his country when it comes to the greatest-of-all-time arguments.

This summer, however, the player was able to prove his doubters wrong by captain his national teammates to win the Copa America title.

He continued: “I have peace of mind of having achieved the dream that has been denied to me so many times.

“It was like a dream, a spectacular moment. I couldn’t believe it had happened. I enjoy watching the images now more than at the time as I was in a daze. I didn’t quite understand what was happening.”


Talking about his painful defeats, Messi said via online slot machines: “A part of the media treated us as failures, saying that we didn’t feel the [responsibility] of wearing the jersey, that we shouldn’t be in the national team.

“We tried to be champions before, we were the first ones to want to. It’s very difficult to win a World Cup or a Copa America. At the time they didn’t value what we did, they only put emphasis on the fact that we didn’t achieve the aim. The important thing is to feel satisfied that you have given your all…luckily, the last [final] was different.”