The protestors waved Malian flags and chanted anti-UN slogans. Others carried Russian flags as they marched through the streets of the capital.

Mali’s army government has had a frosty relationship with the UN mission also known as MINUSMA, culminating in July in the detention of Ivorian soldiers after branding them mercenaries.

“MINUSMA has done nothing here. We want them to leave. We are here to show the international community that we no longer want MINUSMA. We don’t care about MINUSMA. We love our country. We want our soldiers, led by Colonel Assimi Goita,” said Lassina Doumbia, a protester.

” They can go back to their homes and stay there. We don’t need their help anymore. Assimi Goita is enough for us. The Malian youth is enough for us, ” added Samba M. Wangara.

The protestors accused the mission of undermining Mali’s sovereignty.

In July, Malian authorities suspended rotations for peacekeeping forces before reversing the decision a month later. The 12,000 strong force has been in the West African country since 2013. 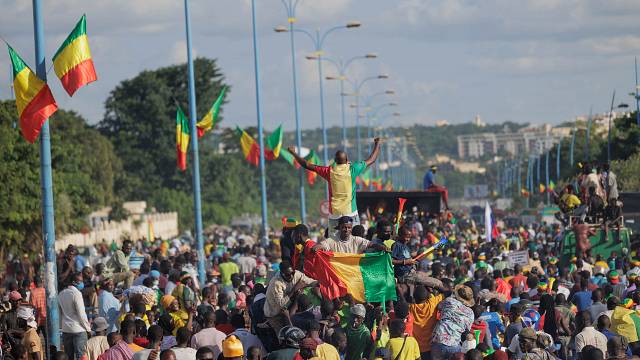 Like it? Share it!
African leaders, global partners vow urgent cooperation to stave off food security crisis < Previous
Bullets, Wanderers away pride fight in FDH Bank Cup Semifinal today Next >
Recommended stories you may like: