They were mobilized in the M’diq-Fnideq province in the north of the Kingdom when a vehicle belonging to the General Directorate of Civil Defence rolled into a ravin, killing three passengers and seriously injuring two others.

The injured where transported to Tanger to receive medical care.

The blaze broke out Monday evening, and estimates have it that at least 120 hectares of forest have burned so far.

2,782 hectares of forest had been destroyed by 285 fires from January to September 2021, particularly in the mountainous region of Rif (northern Morocco).

Various human resources, vehicles and logistics equipment, including firefighting aircraft, have been mobilized.

Authorities said 4 people suspected of being involved in the fire were arrested.

According to the Morocco ministry of Agriculture, more than 10 thousand hectares of forest areas were damaged in the fires that broke out in some provinces in the north of the nation in July.

A World Bank report noted that natural disasters cost Morocco over US$575 million per year. 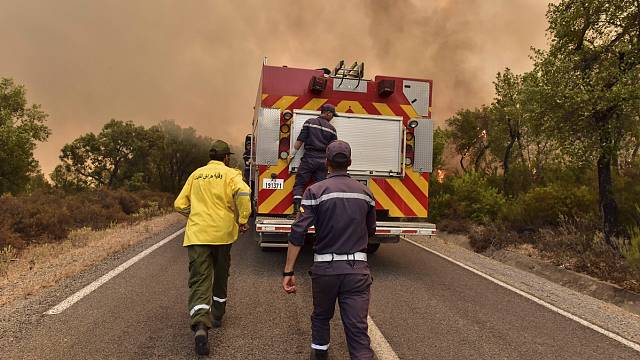 Like it? Share it!
Families around the world to pay up to 57% more on school supplies this year – WorldRemit Data < Previous
New digital data collection tool, RASME, will help Uganda address project delays Next >
Latest News From Malawi
Headlines From: The Maravi Post