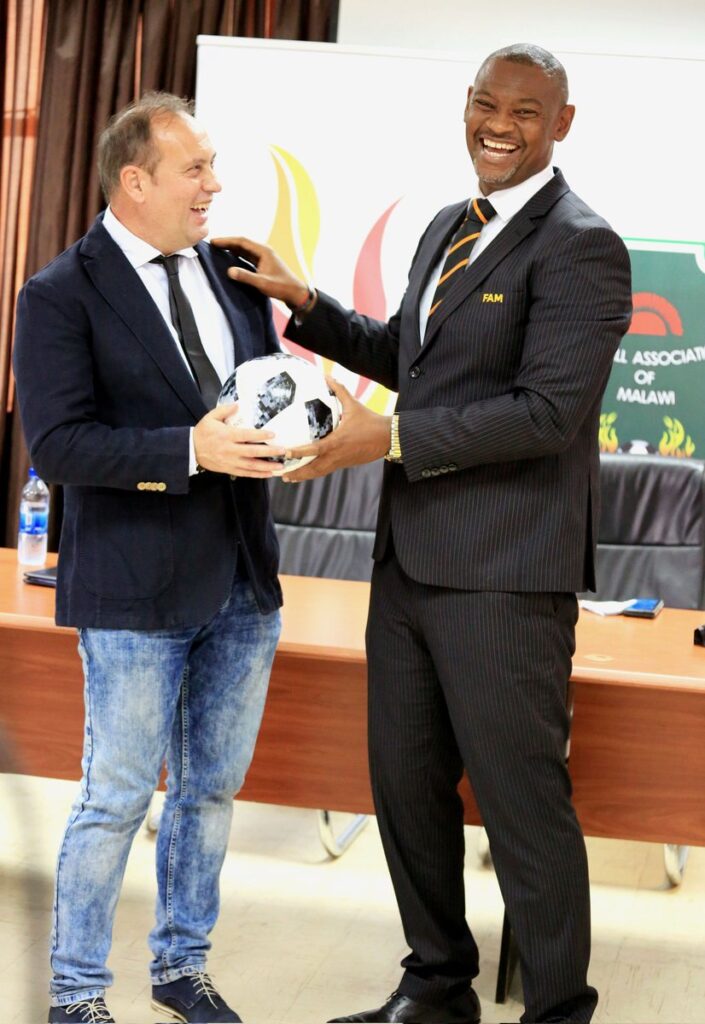 Information reaching this publication indicates that the newly unveiled Football Association of Malawi (FAM) Technical Director Marian Mario Marinica is working illegally in the country as he has no work permit.

According to reports, FAM is yet to apply for a work permit for newly Marinica.

The Romanian was unveiled as Fam TD after he signed a three-year deal.

Marinica has hit the ground running after meeting Super League coaches and administrators in Central and Northern regions.

While in the country, he has already asked the Flames technical panel and players to submit reports.

Details have emerged that the association has not applied for the work permit as it is yet to finalise the deal with the Romanian.

Under the laws of Malawi, expatriates requires a work permit before they start working in the country.

An Employment Permit is issued to foreign nationals for purposes of taking up specified employment in Malawi, under Section 25 of the Immigration Act.

As it stands, the Romanian is still a visitor until he gets the work permit so that he can legally start working in Malawi.

On Thursday, Marinica had a meeting with Silver Strikers and TN Stars technical panel members at their respective venues.

In addition, Marinica met with Mzuzu coaches and youth football officials on Friday before visiting Luwinga Technical Centre in Mzuzu.

Yesterday, he also had a meeting with Civil Service United and Karonga United coaches.

He is expected to meet Karonga-based coaches today.