Of Unknown Soldiers, Gunmen, And Bishops By Achike Chude 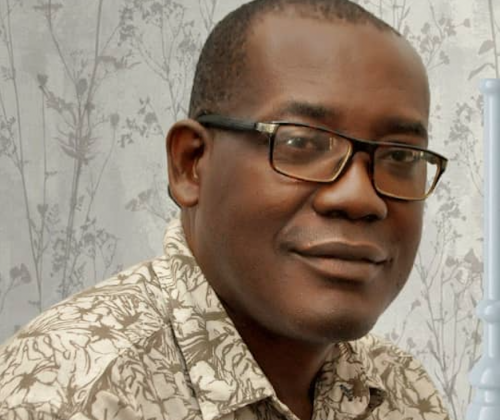 The great man, the Abami Eda himself, the late Fela Anikulapo Kuti (God bless his soul), got it right, as he almost always did when talking about the myriads of our country’s socio-economic issues.

At the height of his lamentations following the death of his mother at the hands of Nigerian soldiers who, in their distorted perversion had killed the old woman by simply chucking her out of the second-floor window of Fela’s Kalakuta Republic, Fela had pointed the fingers at the culprits.

Fela’s mother, mind you, was brazen and audacious enough to be the very first Nigerian woman to drive a car. She was a stubborn woman who terrified many a man in her enclave at Abeokuta. Perhaps, it was that stubborn streak that got her into trouble with the soldiers, as a thousand of them stormed Fela’s famous home to seek retribution for five soldiers who were killed by anonymous people. They blamed Fela for the killings.

As the fires and rubble from the ‘Republic’ smouldered amid the ashes, Fela was already composing a song to talk about the abominations caused by the enraged soldiers who also had a fill of Fela’s many wives and women therein present. As for the men, they suffered broken heads and limbs.

Of course, they all ended up in jail.

Imagine it! One thousand soldiers visit your house in such an uncharitable manner, kill your mother in an act of violence, burn down your house, rape the women, and beat up the men, AND YOU ALL STILL END UP IN JAIL!

But not to be outdone, the irrepressible Fela released one of his most provocative and inspirational albums in which he lampooned and ridiculed the ‘Kangaroo’ panel of inquiry set up by the government that was responsible for the mayhem.

And just like Fela had said, nothing came out of it. According to Fela, the panel had the magical power to turn blue into red, and black into white.

AND TRUTH BECAME THE VICTIM!

At the end of the judicial panel of inquiry, the panel returned its verdict!

THE KILLINGS THAT TOOK PLACE AND THE BURNING OF THE KALAKUTA REPUBLIC WAS REAL.

But it was caused by:

And Fela went to town with his album titled ‘Unknown Soldiers’

And many years down the line, Nigeria is still being run by unknown governments. We even now have unknown gunmen, unknown terrorists, unknown bandits, and unknown kidnappers.

Now we have been regaled with the spectacle of unknown bishops and clerics who are operating unknown churches and have unknown parishioners at unknown addresses. Perhaps a few might be genuine, representing unknown constituencies.

A few days ago, precisely the 20th of July, 2022, these UNKNOWNS were shipped in from various unknown locations to attend the unveiling of the vice-presidential candidate of APC’s Bola Ahmed Tinubu, Kashim Shettima.

But they told us that in 21st-century Nigeria, religion no longer matters.

So why dress unknown political zealots, laymen, and artisans, in religious cassocks and garments and make a mockery of the represented religious faith?

What a way to start a presidential campaign!

And before I forget!

THERE ARE ALSO UNKNOWN POLITICIANS!