Just weeks after Mazi Nnamdi Kanu, the mercurial erstwhile fugitive leader of the proscribed Indigenous People of Biafra (IPOB) and its military wing, the Eastern Security Network (ESN) was nabbed  in Nairobi, Kenya, and renditioned controversially to Nigeria the popular Yoruba (Oduduwa) nation agitator, Sunday Igboho, was arrested by the Interpol in Cotonou, Benin Republic, as he made his way to board a flight to Germany. His wife, Ropo, was apprehended with him.

Unlike Kanu, however, whose abduction and rendition generated much furore on the Biafran streets more than the elite circles, the Yoruba elite, kings and leaders, had rallied round Igboho displaying a united front and solidarity towards the cause for which the glorified freedom fighter was being ‘persecuted’. 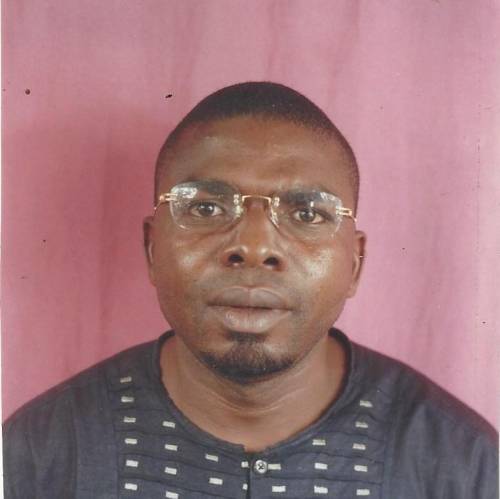 Following the audacious invasion of his Soka, Ibadan, country home by the Department of State Services (DSS) agents in the wee hours of the night late last month Igboho was declared wanted by the secret police having been accused of stockpiling arms and ammunitions aimed at destabilizing the nation. In the bloody raid two of Igboho’s aides were killed and a dozen of his domestic assistants arrested and taken away. They are still in detention!

The arsenal of war displayed by the DSS as those found inside Igboho’s residence during the violent dusk operation were enough proof of Igboho’s determination and preparedness to fend off any attack or aggression from any quarters. Though he had denied ownership of the weapons the other personal effects seized (passports, amulets, charms, traditional bullet-proof vests etc) somehow lent credence to the DSS claim.

Presently there is a judicial battle engaged by the Buhari regime to have Igboho brought back to Nigeria from the neighbouring Benin Republic to face justice. He was officially accused by the Nigerian government of gun-running, incitation of violence and insurrection.

Last monday the trial of the two most-wanted ‘terrorists’ began in earnest, one in Abuja and the other in Cotonou. While the DSS failed to produce Kanu in court citing logistical problems Igboho was present at the Cour d’Appel de Cotonou where his case was heard.

The Beninese Judges were trying Igboho principally for his illegal entry into the Francophone country and not on extradition demands of the Buhari regime or his possession of fake Beninese passport with which he had sought to bolt away into exile in Germany. After a marathon trial spanning hours till about midnight Igboho was ordered remanded in custody pending further investigations.

By allegedly forging the Beninese international passport Igboho could have pulled off his escape to Germany if he were to have used another airport other than that of Cotonou. A crime in itself in Benin, passport forgery, Igboho could have used the huge network of Yorubas in Benin Republic to realise the ‘Oluwole’ passport with which he sought to flee.

He did beat the security surveillance in Nigeria by escaping from Nigeria through the famous ‘NADECO route’. He could have disguised himself as a woman or hidden inside a boot of a car or even escorted by rogue security personnel for a fee. Perhaps Ayodele Fayose, the former Governor of Ekiti State, could have given Igboho some lessons on how best to beat security even around Government House.

Fayose, it would be recalled, during his first stint as Executive Governor of Ekiti State during ‘Babacracy’, had reportedly hidden himself inside a rickety car as his ‘immunity’ expired following the end of his tenure.

Obasanjo had vowed to get him arrested for massive corruption allegations but he smartly evaded arrest!

When we warned Igboho against his fetish hubris in one of our essays few months ago he probably did not read it or take it seriously. Now with ‘juju’ failing him at home and abroad it remains to be seen how much his faith in same had shaken. If he is not yet demystified then his demystification could come sooner than expected.

When he was picked up at the airport in Cotonou a scuffle reportedly broke out leading to a wounded wrist. And when a handcuff was applied to the wounded wrist Igboho was said to be in serious pain, crying all night long like a baby whose feeding bottle had been taken forcefully away! His marabouts or fetish priests were nowhere to be found!

Igboho may not be ‘finished’ yet having been found and fixed as it were. But in the end whether his extradiction back to Nigeria works or backfires President Buhari has succeeded in silencing yet another strong voice for secession.

The embattled underwhelming President had scored a major point by having Kanu in Abuja and Igboho in Cotonou — all behind bars. If Igboho is eventually sent home following the improbable judicial triumph by the Nigerian state then Buharism could have had everything to celebrate for. Caging Kanu and Igboho is about the ‘greatest’ achievement recorded thus far by a rudderless administration whose colossal failure to fix things social and economic and improve the Nigerian condition has since been established as a fact.

Yet, while President Buhari and his gang could gloat over the mortal blow inflicted on the leadership of the separatist movements in the south-east and south-west the truth of the matter remains that Igboho and Kanu are not the major problems confronting our nation. Sectionalism, injustice, inequality, poverty and terrorism are more dangerous problems than the agitations for the Biafran and Oduduwa Republics.

If things were normal, if the President were to be ruling well then the Kanus and Igbohos of this world would not have emerged to right the wrongs perceived in the system.

With Boko Haram’s Abubakar Shekau dispatched to the great beyond (even though Buhari and the ruling APC mob could not claim credit for his elimination) and IPOB/ESN’s Nnamdi Kanu cornered and caged the coast is now clear for Buhari to continue in his hypocritical ‘One-Nigeria’ mantra.

Yet restructuring, in our patriotic reckoning, remains the only way out, going forward.

Like it? Share it!
Housing Policy Can Determine Economic And Educational Outcomes, By Dr Nasir Aminu < Previous
Delta variant, a warning the COVID-19 virus is getting ‘fitter and faster’ Next >
Recommended stories you may like: