HomeOpinionTalking Blues: With corruption in fuel tenders and contracts, all Malawians lose
Opinion

Talking Blues: With corruption in fuel tenders and contracts, all Malawians lose 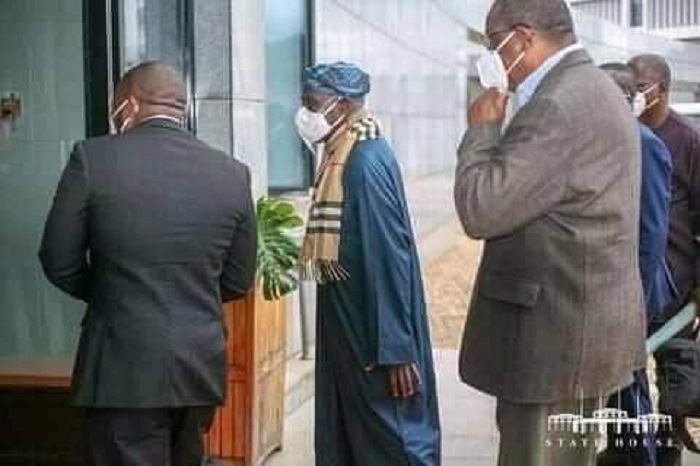 After needless drama, Martha Chizuma was duly confirmed as the Anti-Corruption Bureau Director-General and boy, does she have a lot on her plate!

Even though apart from the inimitable Gustave Kaliwo Esq, no one has excelled in that post, expectations are sky-high.

Here on Talking Blues, we wish Madam Chizuma well in her challenging but achievable task ahead.

That said, I want to reshare a social media influencer’s recent contemplation on our fuel importation woes.

This discourse focuses on the taxpayer funded NOCMA.

NOCMA advertises tenders for suppliers to supply us with fuel. The contracts awarded usually run from 1 June to 31 May.

The latest round attracted more than 20 bidders.

Fuel enters Malawi through three ports, and under normal circumstances, NOCMA ought to order supplies as follows:

These percentages were premised on several factors, with the critical factor being fuel’s transportation cost from port to Malawi.

Apparently, Nacala is the cheapest. Its added advantage is that Malawi could use the rail from Nacala to Malawi to significantly lower transportation costs and fuel prices for us, the consumers.

The 20:30:50 ratio notwithstanding, the supplies ordered by NOCMA are as follows:

When a tender is floated, each bidder is supposed to quote for each route and product, i.e., provide quotations for petrol and diesel for all three routes.

As you all know, the price of fuel is determined by global factors, including future supply and reserves, demand from major countries, and global politics.

This is, therefore, the straightforward piece of the jigsaw.

However, for us, on top of the actual fuel price, there are added costs of insurance, shipping, and storage costs en route to and at Nacala or Beira or Dar es Salaam and, of course, the suppliers’ profit.

When assessing the bids to choose who will supply us with fuel, ceteris paribus, suppliers offering the lowest prices stand a higher chance.

This is a no brainer.

No government in its right mind would want to skin its citizens alive. More so, a government that claims to have its people’s welfare at heart.

During the assessment, NOCMA ranked the bids from number 1 to 20 as per their competitiveness.

One of the suppliers picked, it appears, did not even bid for the Beira route. But will still be assigned to supply through that route.

Now brace yourself; the suppliers selected by taxpayer funded NOCMA are US$54 million more expensive than the cheapest supplier who has been left out.

How can NOCMA even begin to explain the selection of suppliers who are MK41.8 billion more expensive than their competitors?

You think this is all there is? You are damn wrong.

There is the issue of “ex-tank” versus “DDU (delivered duty unpaid)”. What the heck are these?

Both are methods of delivering fuel from the ports in Nacala, Dar es Salaam and Beira to us in Malawi.

The costs incurred in this process are storage, freight, and insurance costs.

Now, to protect you and me, the Malawi Energy Revenue Authority (MERA) monitors these three elements. There is transparency here. However, monitoring only works when the fuel is delivered using the “ex-tank” system.

Therefore, all patriotic “God-fearing” Malawi leaders should advocate and demand the ex-tank system. In theory. Not so?

Some in the current government want the ex-tank system, and others are agitating the DDU rip-off for some unfathomable reason.

We were promised servant leadership. Yet here are “servant leaders” conniving with some forces to create grounds that are fertile and conducive for corruption!

Since when did self-enrichment creep into the definition of servant leadership?

And it gets worse.

If you have been following developments at NOCMA, you will recall that the Chief Executive, the Director of Finance, and the Director of Procurement were suspended a while ago.

In a typical we-got-all-the-time-in-the-world-Tonse-Government style and fashion, the three have neither been reinstated nor replaced.

Meaning that the selection of suppliers who are MK 41,779,000,000 more expensive is happening under the watch of an emasculated senior management team teeming with individuals in acting capacities.

In whose interest is this?

Why are the powers that be exposing us to the vagaries of unchecked greed?

I know this is a lot of information to process, so I will stop here.

However, before I sign off, I want to leave you with a few thoughts.

Like me, are you wondering: “Why don’t we transport more of our fuel by rail, which is cheaper?”

The answer is simple. Some of our transporters are politicians or are connected to politicians, and they want business for their trucks. Hauling fuel, at our expense, is how they make their billions.

The real problem however is that:

a) the NOCMA leadership tug of war,

b) the lack of transparency in the DDU system,

c) our failure to make more use of the rail transport for fuel,

all conspire to pad the fuel cost with easily avoidable costs.

Since practically all the goods and services we buy and enjoy have elements of transport costs, it means that ALL of us are paying. To feed the greed of a few.

Once again, Congratulations, Madam Chizuma! You have truckloads of people to send to jail. Jail them madam, that is the only way we can breathe again.