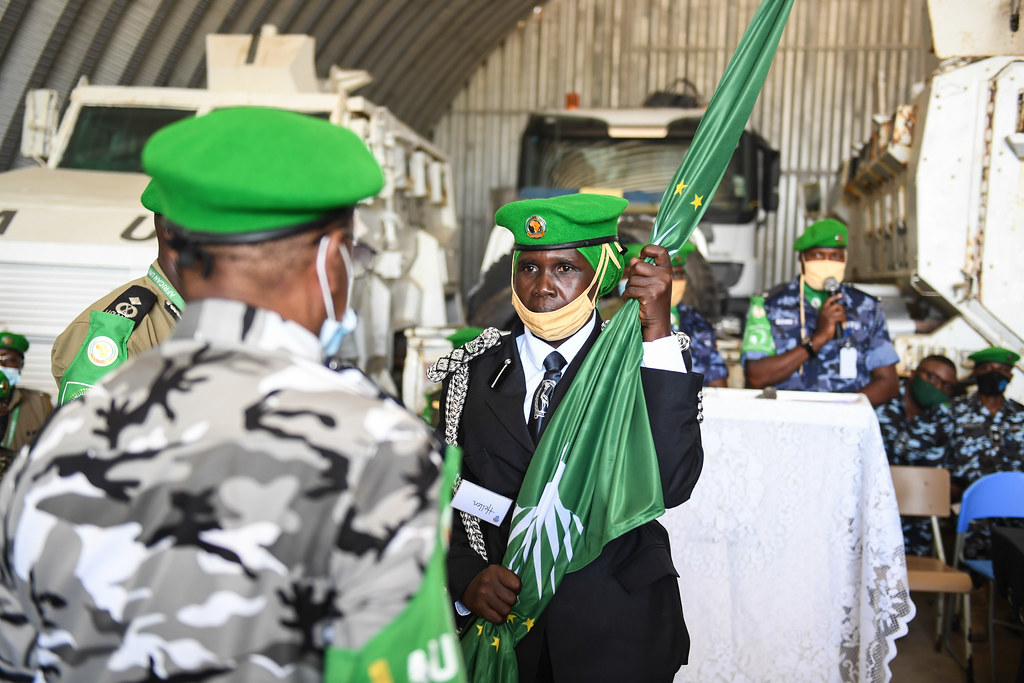 The 160 police personnel from the Uganda FPU 9th contingent are set to return home after completing one year and three months of service with AMISOM.

A ceremony to award the medals took place in Mogadishu on Sunday, witnessed by AMISOM Police leadership.

AIGP Kailie added, “I want to commend you for your courage. Now it is time for you to go home. It is not easy to be on a mission like this.”

AIGP Kailie also hailed the contingent for the cordial working relationship with their counterparts from the Nigeria Police Force during the performance of the mandated tasks.

The AMISOM Police Reforms, Restructuring and Development Coordinator, Assistant Commissioner of Police (ACP) Maxwell Chikunguru, hailed the personnel for contributing to the successful implementation of the AMISOM Police mandate.

“For the period you have been here, we have registered achievements because of your dedication and your support. Thank you for excelling in your duties,” said Chikunguru.

In her remarks, SSP Obol hailed the officers and personnel of the outgoing contingent for contributing to the Somali peace process.

“Thank you very much for your commitment, hard work and teamwork and your contribution towards making peace happen,” remarked SSP Obol.

Distributed by African Media Agency on behalf of Amisom.