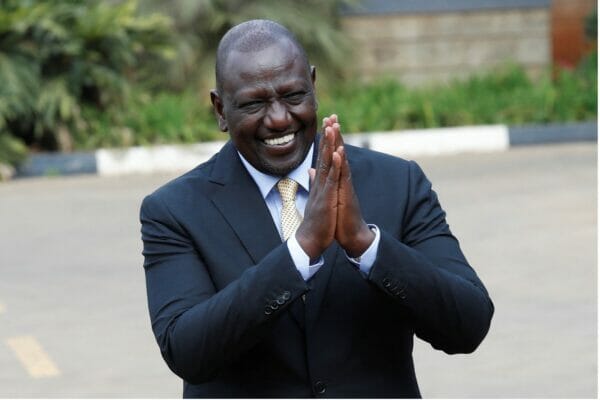 On Tuesday Mr. Ruto who was previously the former deputy president was handed a copy of Kenya’s constitution and a sword to represent the transfer of power from his former boss, President Uhuru Kenyatta.

There was a handshake between the two who fell out before the election, a gesture that was cheered by those gathered at the ceremony ground.

The 55-year-old swore to preserve and protect the constitution – holding the Bible.

“Standing here today is testimony that there is God in heaven. I want to thank God because a village boy has become the president of Kenya,” Mr Ruto said.

Kenya’s new president also promised Mr. Odinga, and all his opponents “supporters will be my constituents. I will work with all Kenyans irrespective of who they voted for.”

About 20 heads of state from across Africa attended the event.