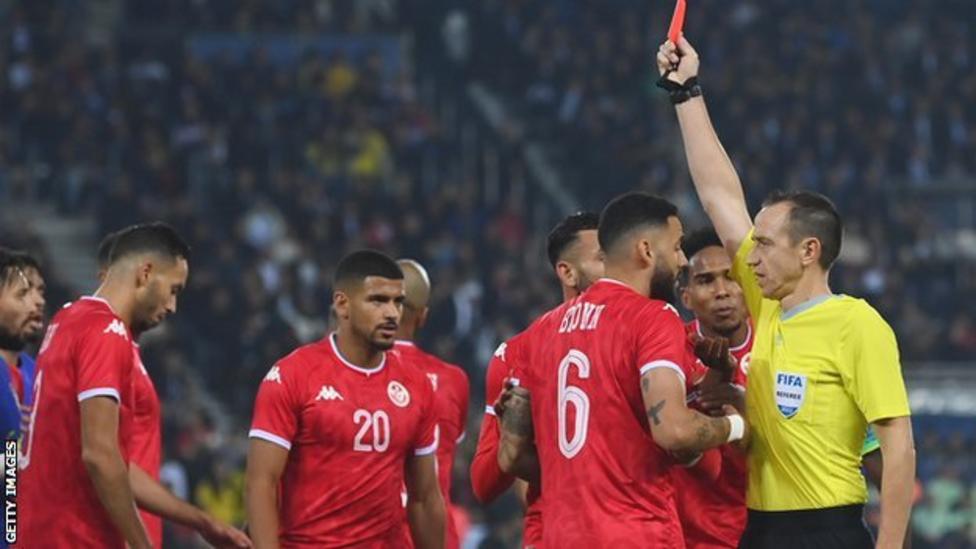 
Tunisia could be excluded from next month’s World Cup in Qatar if the country’s government interferes in footballing matters, world governing body Fifa has warned.

Fifa’s member federations must be free from legal and political interference.

The warning comes after repeated comments from Tunisia’s Youth and Sports Minister, Kamel Deguiche, about the possibility of “dissolving federal bureaux”.

Fifa considers his statement an attempt to meddle in the running of the country’s football federation (FTF), and has asked the latter for clarification about attempts to interfere in its internal affairs and threats to dissolve its office.

The Zurich-based organisation has also reminded the FTF that member associations are “legally obligated to conduct their affairs independently and without undue influence from third parties”.

“Any failure to comply with these obligations may result in the imposition of penalties under the Fifa laws, including suspension of the relevant association,” said a letter from Kenny Jean-Marie, Fifa’s director of member associations, to FTF general secretary Wajdi Aouadi.

A possible Fifa ban would mean no Tunisian club or national sides can play in either continental or international competitions.

Next month, the 2004 African champions are set to face World Cup holders France, Denmark and Australia in Group D in Qatar.

The Carthage Eagles have never gone past the group stage in five previous World Cup finals appearances, and will open their campaign against the Danes on 22 November.

p class data-reactid=”.1ba95jpxjiw.0.0.0.1.$paragraph-8″>Fifa has given the FTF no later than Friday to reply regarding its position following the minister’s comments.

Serious accusations have been levelled at the FTF in recent times, with one club side, Chebba, accusing the body and its president, Wadie Jary, of knowingly misleading the Court of Arbitration for Sport in April 2021 – prior to sport’s highest legal body ruling in the club’s favour later that year.