You are here: Home » Opinion » Why we all must protect the media

Why we all must protect the media 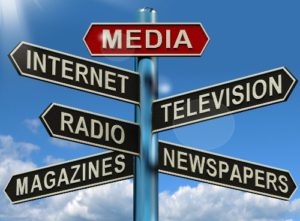 I read an article  in the press on freedom of speech by DD Phiri, one of the greatest writers Malawi has ever produced. DD Phiri called for balance in our approach to this freedom. He ended by appreciating former president Dr Bakili Muluzi for not using the law to kill the media. Fired by that article, I wish to say something along that line, but with a focus on media freedom, on why we must never exchange it for anything.

I don’t know what the situation would have been like today if the media had not played their watchdog role in exposing the vicious plunder of public resources at Capitol Hill, the seat of Government. Through them, we came before a terrible truth that the very trustees of our affairs and resources had quickly turned on us, preying on our vulnerability.We often treat the media the same way we treat the police, saying all we can about them. But in life, there’s always a time when one needs the police or the media. When we are at the receiving end of the exploits of the media, they become our enemy, but fall victim to some colossal force, there’s no better friend than the media, for it is the media that transmit one’s poignant cry to the ends of the world for attention and protection.

Even before the birth of multiparty in 1993, people understood the watchdog role of the media and did all they could to ensure the world knew our suffering. At page 27, Information Freedom and Censorship: World Report 1991 by an organization known as Article 19, are the following shocking truths about Malawi then:

“In February 1989, Fred Sikwese, a senior economist in the Ministry of Foreign Affairs, was arrested and taken to Lilongwe Central Prison. He is alleged to have photocopied documents relating to the sensitive issue of Malawi’s relations with South Africa. On March 10, he died, apparently from starvation. His family did not see the body and there was apparently no post mortem examination. At about the same time, Frackson Zgambo, a business man was arrested for allegedly trying to pass documents copied by Sikwese to a magazine in Britain. A few days after Sikwese’s death he was transferred to Mikuyu Prison . . .”

If Sikwese was an American, and Malawi was America, there would be Sikwese Media Award here today—America loves those who die for her democracy and freedom.

The same article also reported about the death (in 1989) of Mkwapatira Mhango, an exiled Malawian journalist who was killed in a firebomb in Lusaka, together with nine other people, including his two wives and five of his children. We are good at erasing history; we no longer talk about them.

The article went on to report about two Western journalists, Mike Hall and Melinda Ham, who opened their office in Lilongwe in 1988, writing only economic stories. They were expelled in 1990 after Hall had reported that pregnant women were being forced to buy party cards for their unborn children.

Many Malawians fought desperately and lost everything, some even their own lives, for the freedom we enjoy today. The media have always been part of this fight, whether through books or newspapers or other publications or music; it is important that we must never forget this lest we should surrender the best we have for things cheap.

In the light of the magnitude of plunder of public resources we have witnessed in the recent past, many now look at the UDF as a better devil, sort of saint in yellow. I strongly believe that the UDF could execute the same level of damage but that ‘The Chronicle’, owned by Jamieson, had kept so close to affairs of the UDF, they would hardly run away.

No wonder as reports IFEX, between 2000 and 2002 alone ‘The Chronicle’, Malawi’s mother of investigative journalism, had been faced with five lawsuits. Unfortunately, though it had survived the UDF era, it was eventually finished in the DPP era through depletion of staff in search of ‘greener pasture’. As far as I am concerned, that was a very big accident in the history of investigative journalism in Malawi, and a few years down the line we are paying heavily for dancing with the devil.

And worse still, media houses in Malawi had laughed at ‘The Chronicle’ when it expressed worry that its staff had been ‘stolen’, arguing the people had a right to go where they would get better perks. I remember writing an article on this, expressing my disappointment with the media because as far as I am concerned, the media must always show solidarity; their cause the same, they face the same threat.

Do the various media categories face the same threat?

According to David Murphy cited in David Spark’s Investigative Reporting: A Study in Technique, p. 5, there are three types of reporting (news): general reporting; specialist reporting; and investigative reporting.

General reporting is where the reporter lacks detailed knowledge of the area he or she is reporting on, and this is mainly because he or she uses spokespersons, police officers, company directors, etc., people who can only tell what they can. This is the hub of most of the news we hear on most radios where you can almost tell what they will say even before they start reading it, and 99 out of 100 times you hit it right.

In the second category, specialist reporting, one has detailed knowledge of the subject and so can explain or interpret it to the listeners or readers. Reporters in this category carefully select news sources conversant with the area in question, but they do not go whether the battle rages.

The third category, investigative reporting, does not rely on spokespersons or police officers or directors, etc., but goes for those people who say what the spokesperson or police officer would not say; they go beyond where the rest crowd straight to the bulk store, where things are kept, and from there, they fish out what nobody else would think can exist. Such reporters would be crucial in the times we are living in, when life of our fellow brother and sister with albinism is on constant danger following acts by mad men and women on the payroll of hell. These are the type you tell, “There’re no markets for bones and body parts of people with albinism,” and they reply, “Thanks for that but I’ll search every nook and crevice and I know I’ll dig out something.”

Most of the times what investigative journalists do don’t make sense until at some point. A good illustration on this is how two ‘Washington Post’ reporters, Bob Woodward and Carl Bernstein, exposed President Richard Nixon after he had sent his men to break into a hotel housing offices of the opposition to steal documents or information so as to work out the opposition’s elections strategies. The hotel was known as Watergate, and I believe our local newspapers’ christening of our local public plunder ‘Cashgate’ was modelled upon that scandal. When these two reporters came out with this story, nobody believed them; no one could believe Nixon could do that. And Evangelist Billy Graham had been one of the staunchest supporters of Nixon. When Nixon was exposed and Rev. Billy Graham was asked what he thought of Nixon now that it was clear he had lied, his answer was simply, “It was the devil.”

One difficult side with investigative journalism is that it relies on confidential news sources. In the Watergate Scandal the informant was simply known by an alias Deep Throat, and it took America over 30 years to know the Deep Throat was in fact Mark Felt.

Protection of whistleblowers is an essential part of investigative journalism. Threats and even deaths (you might remember Veronica Guerin) are some of the penalties investigative journalists pay for their job to serve public interest. But it is important that they must stand by the truths they know. At the same time, it is important that international bodies with interest in flow of information or in the fight against corruption must come forth and fight for them, otherwise the poor are fighting a formidable foe, and journalism remains their only surety. Fellow journalists too must show solidarity with their colleagues because the evil they can let free today can come to perch in their newsrooms tomorrow.

Whatever threats, investigative journalists must bear the pain for us by standing by their stories. As argues David Spark, their tactic against investigative reporting is ‘deny the story, discredit the writer, threaten a lawsuit’.

The fight against corruption in this country has become so crucial because, to quote Catholic Bishop Emeritus Allan Chamgwera’s words in March this year, “This is not the freedom we fought for.” The media have a role to play in this. The moment we shall let up this fight, we shall all lose; democracy shall lose.

Whatever we may do, let us always remember that the media might be a nuisance, but they have an important role to play in our democracy. The fight against fools preying on my brother and sister with albinism is becoming winnable, thanks to the efforts by the media! Police officers have been promised better housing, thanks to the media for reporting the dilapidation at Kanjedza! We have waged a battle against corruption and drug pilferage, thanks to the media!

However, to borrow DD Phiri’s wisdom, (apart from using the scale of newsworthiness), we must understand context and ensure that everything we report does put the interest of Malawians first.

Like it? Share it!
People living with Albinism demand strong houses from Malawi government for their safety < Previous
Malawi court in Mwanza sentences young man to 10 years in jail for impregnating 15 year-old girl Next >
Latest News From Malawi
Headlines From: The Maravi Post