You are here: Home » Malawi » Health » 700-plus healthcare workers and patients killed in attacks on facilities: WHO

700-plus healthcare workers and patients killed in attacks on facilities: WHO 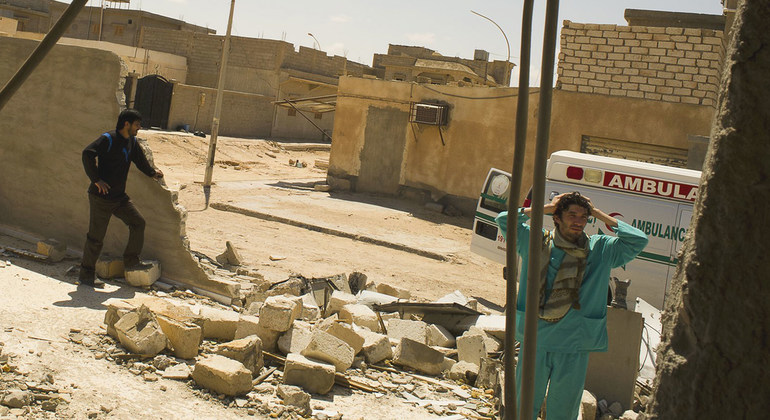 The Surveillance System for Attacks on Health Care from 2018 to 2020, recorded data on attacks on health workers, patients, supplies, ambulances and facilities in 17 emergency-affected countries and fragile settings.

During #COVID19, more than ever, 👨‍⚕️👩‍⚕️ must be protected & respected, & hospitals & health facilities & transportation, incl. 🚑 should not be used for military purposes – essential conditions for the continued delivery of critical health services.

These included Ethiopia, Yemen, Syria, Mozambique, Nigeria, Occupied Palestinian territory, Myanmar, Central African Republic, and Somalia, among others. “We are deeply concerned that hundreds of health facilities have been destroyed or closed, health workers killed and injured, and millions of people denied the healthcare they deserve,” Altaf Musani, Director of the Health Emergencies Interventions, WHO, told journalists in Geneva.

The WHO initiative has three main pillars of work, which are the systematic collection of evidence of attacks, advocacy for the end of such attacks, and the promotion of good practices for protecting healthcare.

It presents a global overview of attacks on healthcare, the resources that they affected and their immediate impact on health workers and patients.

Giving details of the findings, Mr. Musani, said that “one out of six incidents have led to a patient or health worker’s loss of life in 2020”.

Health workers are the most affected resource, he added, representing “two-thirds of all attacks in 2018, 2019 and fifty per cent of all recorded incidents in 2020,” rather than facilities or supplies.

The report warned that the impact of attacks on health care goes well beyond endangering health providers, especially in light of the ongoing COVID-19 response.

“Their impact reverberates on health workers’ mental health and willingness to report to work, on the communities’ willingness to seek healthcare and also drastically reduces resources for responding to health crises, among others.”

The “ripple effect of a single incident is huge”, he said, and has “long-term consequences for the health system as whole.”

Mr. Musani called on all parties in conflicts to ensure safe working spaces for the delivery of healthcare services and “safe access to health care, free from violence, threat or fear. “One attack is an attack too many”, he warned.

WHO’s Attacks on Health Care (AHC) initiative was rolled out in December 2017, following a World Health Assembly resolution adopted in 2012, in which Member States requested WHO to provide global leadership in collecting and disseminating information on attacks on health care in complex humanitarian emergencies.

The need for systematic collection of data on attacks on healthcare was further supported by Security Council resolution 2286 adopted in 2016.

The findings are the first body of verified and reliable evidence, which can be used to generate analyses and reports to better understand attacks on healthcare.