Conjoined two-year-old twins from Bangladesh have flown to Hungary to undergo life-changing surgery to separate them.

Rabeya and Rukaiya, who are joined at the head, left Dhaka Medical College Hospital and boarded a flight today alongside their parents and doctor to begin treatment.

The twins will stay in Hungary for three months where they will be operated on by a team of twenty medics in the risky procedure that has less than 20 per cent success rate.

For the final final operation, the twins are expected to return to Bangladesh they will finally be separated in a bid for them to lead normal lives.

Rabeya and Rukaiya, from Bangladesh, flew to Hungary today for a series of life changing operationsBorn in 2016 to primary school teachers Rafiqul Islam and Taslima Khatun, the conjoined twins amazed doctors with their ability to walk and talk.

The mother of the two told the Bangladesh Post: ‘Initially it was very difficult to handle them because of their condition but they can now talk and walk.

‘Though they are joined, they share different personality traits. For example, if Rokeya cries, Rabeya doesn’t.

Health and Family Welfare Minister Mohammad Nasim gifted six plane tickets to the family, and the government is paying for the life changing surgery, according to local media. 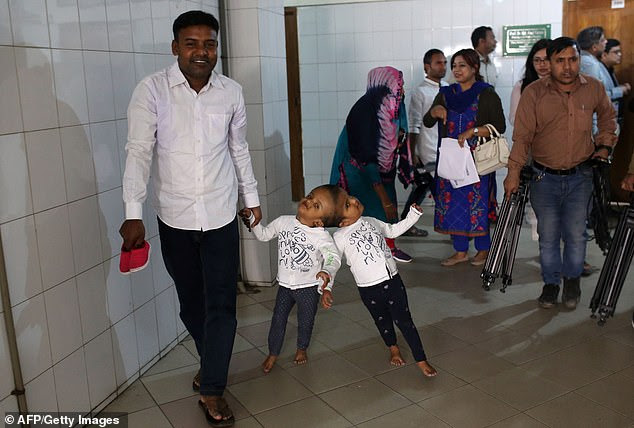 Born in 2016 to primary school teachers Rafiqul Islam and Taslima Khatun, the pair amazed doctors with their ability to walk and talkRabeya and Rokeya have already amazed doctors as very few craniopagusconjoined twins survive birth.

Conjoined twins occur once every 200,000 live births, and even if they survive birth, their prognosis is generally poor.

About 40 per cent are stillborn and an additional 33 percent die after birth, normally due to organ failure or abnormalities.

But 25 per cent have been known to survive and even have the option to be separated depending on where they are attached at the skull.

Mortality rates for twins who undergo separation vary, depending on their type of connection, and the organs they share.

Advances in brain imaging and neurosurgical techniques have made separation surgeries more possible. 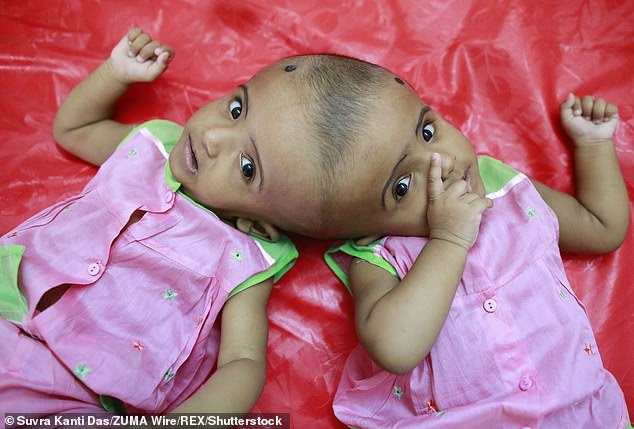 Conjoined twins occur once every 200,000 live births, and even if they survive birth, their prognosis is generally poor 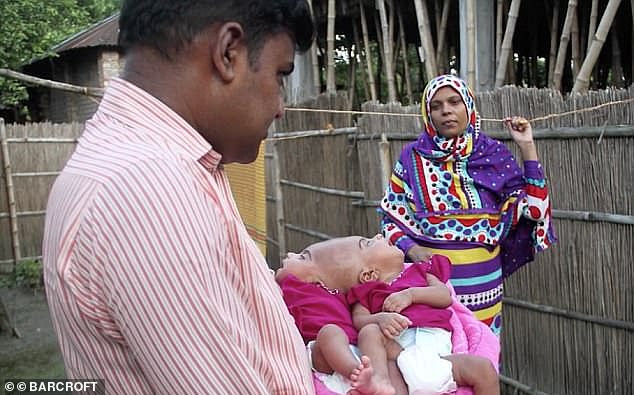 THE SEPARATION OF CONJOINED TWINS

The surgical separation of conjoined twins is a delicate and risky procedure, requiring extreme precision and care.

Therefore, the decision to separate twins is a serious one.

Mortality rates for twins who undergo separation vary, depending on their type of connection, and the organs they share.

In cases of twins where the pumping chambers of their hearts are conjoined hearts, there are no known survivors.

Although success rates have improved over the years, surgical separation is still rare.

Since 1950, at least one twin has survived separation about 75 per cent of the time.

It is only after twins are born that doctors can use magnetic resonance imaging, ultrasound and angiography to find out what organs the twins share. In order to determine the feasibility of separation, doctors must carefully assess how the twins’ shared organs function.

After separation, most twins need intensive rehabilitation because of the malformation and position of their spines.

The muscles in their backs are constantly being flexed and they often have a difficult time bending their backs forward and backwards and sitting up straight.