You are here: Home » Opinion » Climate Of Fear By Niyi Osundare

Climate Of Fear By Niyi Osundare

too late these days

and leave before their time

the coming of furious famines

summer stumbles into a sweltering fall

while winter joins the fray

with snowy deluge and blinding ice

from Kangaroo Island** to Paradise*** 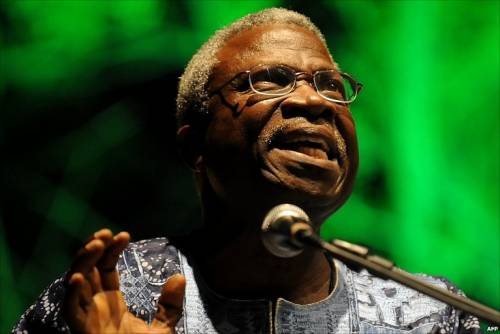 A melting Arctic chokes the oceans

which claim the coasts and bury the cities

just one whittling whistle from the catacombs

of coral reefs bleached and buffeted

by a plague of acid and plastic debris

while countless typhoons pummel the peace

of  once Pacific regions

Birds are falling from the sky

lizards roasting on their rocky perch

Out of balance, out of breath

our Planet gasps and groans

as  murky moons wobble their way

The earth we used to know

*From Green: Sighs of an Ailing Planet, the author’s forthcoming book of poems

**An island in South Australia famous for its beauty and abundant nature reserves. It was one of the causalities of the Australia fires of 2019/2020.

Like it? Share it!
French bishops kneel to ask forgiveness for sexual abuse < Previous
Vaccinating refugees in Indonesia, for the benefit of all Next >
Recommended stories you may like:

How Saulos Chilima ruined his political career….How his future could have been