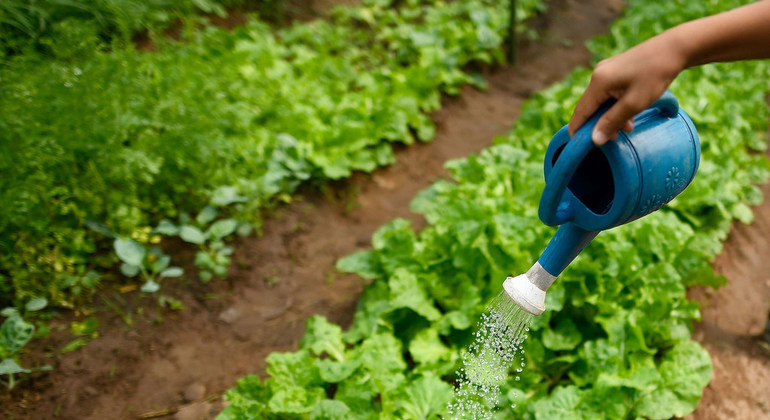 Ahead of World Soil Day, marked on 5 December, FAO launched its first ever report on “The State of Knowledge of Soil Biodiversity“. The report examines the potential of soil organisms in ensuring sustainable agri-food systems and mitigating climate change.

“Soil biodiversity and sustainable soil management is a prerequisite for the achievement of many of the Sustainable Development Goals“, said FAO Deputy Director-General Maria Helena Semedo. “Therefore, data and information on soil biodiversity, from the national to the global level, are necessary in order to efficiently plan management strategies on a subject that is still poorly known”, she added.

According to the report, despite the fact biodiversity loss is at the forefront of global concerns, biodiversity below ground is not being given the prominence it deserves and needs to be fully considered when planning how best to boost sustainable development.

“We hope that the knowledge contained in this report will facilitate the assessment of the state of soil biodiversity as an integral part of national- and regional-level biodiversity reporting and any soil surveys”, Ms. Semedo advanced.

Being one of the main ‘global reservoirs’ of biodiversity, soils host more than 25 percent of the world’s biological diversity. In addition, more than 40 percent of living organisms in terrestrial ecosystems are associated with soils during their life cycle.

The report defines soil biodiversity as the variety of life belowground, from genes and animal species, to the communities they form, as well as the ecological complexes to which they contribute and to which they belong; from soil micro-habitats to landscapes.

These include a wide range of organisms, from unicellular and microscopic forms, to invertebrates such as nematodes, earthworms, arthropods and their larval stages, as well as mammals, reptiles, and amphibians that spend a large part of their life belowground, and a great diversity of algae and fungi.?

Plants nurture a whole world of creatures in the soil, FAO notes, that in return feed and protect the plants. It is this diverse community of living organisms that keeps the soil healthy and fertile, which constitutes soil biodiversity, and determines the main biogeochemical processes that make life possible on Earth.

Although soils are essential for human well-being and the sustainability of life on the planet, they are threatened by human activity, climate change and natural disasters.

Nature-based solutions involving soil microorganisms have a significant potential to mitigate climate change. They play a key role in carbon sequestration and reducing greenhouse gas emissions. The report also found that farming activities are the biggest source of carbon dioxide and nitrous oxide gases emitted by soils, which derive from the overuse or misuse of nitrogen-containing fertilizers.

Generally, there is a lack of detailed data, policies and actions on soil biodiversity at local, national, regional, and global levels.

The report highlighted the need to promote the necessary shift to include biological indicators of soil health along with physical and chemical ones.

According to the report, the adoption of sustainable soil management practices by farmers, as a basic premise for preserving soil biodiversity, remains low due to the lack of technical support, provision of incentives and enabling environments, and needs to be scaled up.