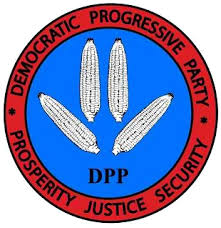 Speaking after joining the DPP in a colorful ceremony that was held at Golden Peacock Hotel in Lilongwe on Sunday, all members clarified that no-one has coaxed or bought them.

Bikoko said, “I have joined the DPP on my own volition. I want to help the party to win with landslide victory in 2019, let me say it clearly that supporting the ambitious development projects this party and Lilongwe City Council have, has been my wish.

“Emphatically, let me again hammer that I cannot hold people’s development which they are waiting from the council just because of personal gains, as mayor I need to work with government to foster developments.”

He added that his political movement is not meant to win favors of business or any political positions from the DPP.

Taking his turn DEPECO, Secretary General, Smolet Kachere said they reasoned to join the ruling party because they had made enough political searching and realized that DPP is the rightful quality to continue serving Malawians.

“We saw DEPECO failing to get into government in 2019, DPP is obviously the winning party in the next tripartite elections.

“President Prof. Peter Mutharika is very visionary, he took government at a time affairs of the country were in a very sorry situation, but he has taken us this far without failing Malawians,” Kachere said while echoing that he too has not been bought and that people should not misinterpret their political movement.

While Fahad Assan, former Attorney General, in his acceptance speech hailed Mutharika for allowing other international electricity generating companies to try their opportunity in Malawi which he said would develop the country.

“Mutharika is a president full of development agenda for his nation, I thank him for allowing other companies to sell their electricity energy to complement ESCOM gaps.

“Previous governments failed to take this stand since 1946 during the colonial masters’ administration,” Ansan stated.

He also applauded the president for fighting for Malawi’s economic independence, which he said, “it will very soon make Malawi a jewelry of Africa.”

“You are most welcome into this party. This is a good move, a right decision made by the wise people, DPP is the rightful party. The doors for DPP are wide open for everyone as the state president always advises,” Ntaba said.

He then appealed for ‘unity, love and hardwork between old and new DPP members.

“We will depend on each other, no backbiting, let us be united. You are a testimony that DPP is a democratic party full of development,” he added.