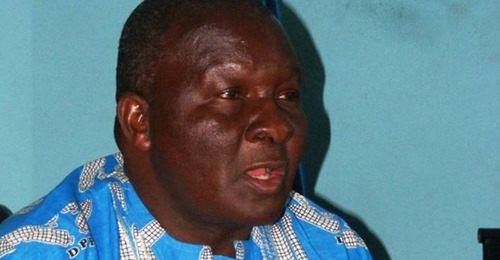 The rise of Lazarus Chakwera and the euphoria that is taking place in Malawi, reminds one of Joyce Banda until months later when people realised that she was ill-equipped for the job. Right now, Lazarus the savior can do no wrong.

The DPP is facing headwinds from the nation that believes Lazarus Chakwera will solve all their problems. Today the Democratic Progressive Party (DPP) said they wanted to bring to the attention of Malawians and the international community concerns over political witch-hunting, harassment, and persecution against its members by the new Malawi Congress Party (MCP) Government of President Reverend Dr. Lazarus Chakwera.

According to the Statement by the DPP made available to the Maravi Post, it said Malawians and the entire international community should take note that the MCP Government has embarked on a frightening hate campaign against DPP leaders and members, which include arbitrary arrests and dismissal from employment of perceived DPP sympathizers in the public sector, among others.

As a political party, which has always believed in the rule of law and good governance, we wish to condemn in the strongest terms the recent political arrests of senior and rank and file members of the party, notably Honourable David Kambalame, DPP Central Region Governor, DPP National Governing Council member Ngozi Harawa, Jomo Osman and Agape Nkhobe, by the MCP Government.

As a government that has barely settled in the joystick of power, we fail to understand that its first act should be to arrest opposition members on politically motivated charges. This is uncalled for and we wish to urge them to halt these political arrests and persecution.

Honourable Nankhumwa pledged opposition’s support to the new government as it embarks on the momentous task of managing the economy and re-uniting Malawians against a backdrop of serious tribal, ethnic, and regional divisions.

Therefore, it comes to us as a huge surprise that instead of embarking on a serious social and economic transformation path, the new government of His Excellency President Reverend Dr. Lazarus Chakwera has embarked on a nefarious plan of arbitrary arresting and persecuting political opponents.

The Malawian political history presents a lot of free lessons to His Excellency President Chakwera and his administration. For over 30 years, between 1964 and 1994, the MCP committed serious atrocities against Malawians, including arbitrary arrest and detention without trial of perceived enemies of the MCP regime. Many people were killed, and others fled into exile.

Malawians voted for change in June in 1993. We changed from a one-party dictatorship to democracy following a National Referendum. In May 1994, Malawians voted in a new UDF Government in multiparty elections.

A 2010 report by the British High Commission stated that Malawi had “made good progress on human rights since the introduction of multi-party democracy” in 1994, when Malawi’s Constitution went into effect. The British report noted that Malawi’s Constitution “protects fundamental rights,” that the country “has signed up to most international treaties,” and that there were “no political prisoners in Malawi jails as was the case during the one-party era.” It is therefore retrogressive and utterly unfortunate for the MCP to re-introduce one-party era politics of arbitrary arrests and political persecution.

Let us remind President Chakwera that in 1993, Malawians opted for multiparty democracy where they would enjoy freedom of association, including belonging to a political party of their choice.

We are of the strongest view that the ongoing spate of arrests and political persecution is an attempt by the MCP Government to oppress voices of dissent and suppress the free political expression of the people.

We wish to request President Chakwera and his administration that no more arrests be made and that those arrested on politically motivated charges be released as promptly as possible.

For the restoration of peace and stability in Malawi after the recent political turmoil following the disputed 2019 presidential election, it is important for both the Government and opposition to reach out to one another and create a peaceful Malawi.

We call on Government and opposition to build mutual confidence and pursue dialogue to ensure political, social, and economic development of the country, Malawi, which we all call HOME.

We call on the international community to immediately intervene and encourage the MCP Government of His Excellency Reverend Dr. Lazarus Chakwera to uphold the rule of law and good governance in line with international laws and governing standards.

Finally, we wish to assure all Malawians and the international community that being a duly registered political party in Malawi, the DPP has the right to defend Malawi’s hard-won democracy. We will resist any further attempts to intimidate the leadership of the party and its entire membership. We shall not be forced into political submission!