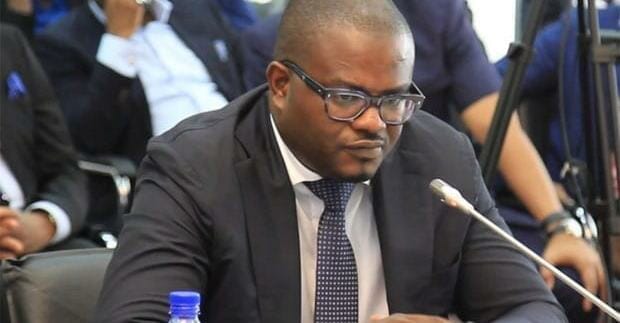 Ghana’s President Nana Akufo-Addo on Monday sacked one of his ministers serving at the finance ministry.

Charles Adu Boahen, the minister of state for finance, was sacked after allegations of impropriety contained in an investigative documentary work carried out by Ghanaian investigative journalist, Anas Aremeyaw Anas.

Adu Boahen was seen in a video posted online by the journalist claiming the country’s vice president Dr. Mahamudu Bawumia needs just $200,000 token as an appearance fee before meeting with supposed investors.

The Minister is also reported to have said that the Vice President would demand some contracts from an investor for his siblings to get his backing and influence in establishing a business in Ghana.

“You mean, like appearance fees and stuff? I mean he, himself (the Vice President), if you give him some (USD) 200,000 or something as a token, as thank you, appreciation, that’s fine.

“He’s not really, he’s not really (like) that. All he needs is to worry about his campaign money in 2020,” Charles Adu Boahen is alleged to have said.

The video was circulated alongside a lengthy email containing detailed allegations by Anas Aremeyaw Anas.

Akufo-Addo sacked Adu Boahen after being made aware of these allegations levelled against him in the expose, the presidency said in a statement.

The dismissed minister though said he rather tendered in his resignation following the allegations although he denied any wrongdoing.

The president has now referred the issue to Ghana’s Special Prosecutor for further investigations.

“I would like to state that if what the minister (Adu Boahen) is alleged to have said is accurately captured in the video, then his position as a minister of state is untenable. He should be dismissed summarily and investigated,” Bawumia said.

There have been previous calls for the president to sack the said minister and his boss, the finance minister, Ken Ofori-Atta but the latest incident leading to his sacking is not related to the earlier call for his dismissal.