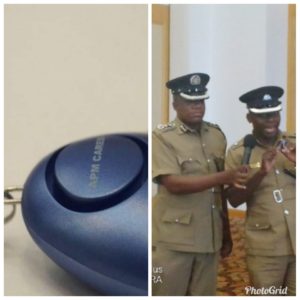 LILONGWE-(MaraviPost)-The Association of People with Albinism (APAM) has rejected the security gadgets which the government has bought to aid in monitoring the security of people with albinism.

Simbota said the association has rejected the gadgets because they have been personalised.

The gadgets come in a blue colour and have an inscription: “Arthur Peter Mutharika (APM) Cares”.

According to Simbota, the gadgets were bought using tax-payers’ money hence, it is wrong to personalise them.

For the past months APAM has been calling for well-wishers to help them purchase the  security gadgets for person with albinism security.