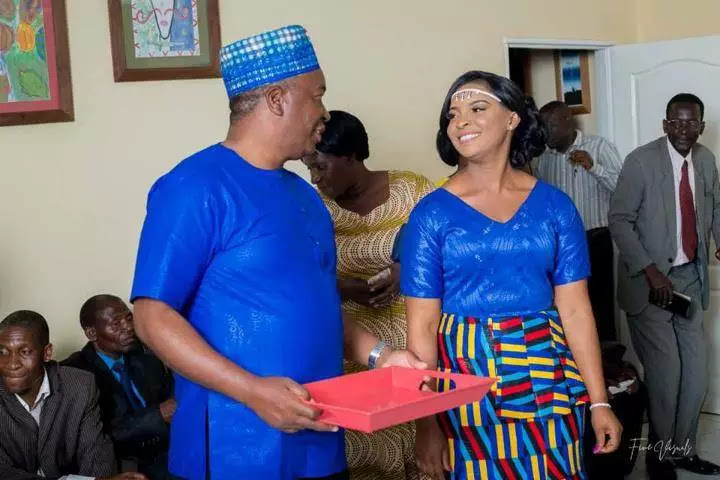 BLANTYRE-(MaraviPost)-Umodzi Party (UP) President Professor John Chisi has found a new lover barely four months after losing the May 21 tripartite election which was marred by serious irregularities.

The Maravi Post understands that Chisi divorced with his first wife who financed his campaign trail after the announcement of the Presidential results.

It is said the wife was angry with the outcome of the May 21 polls considering the fact that she invested a lot in the campaign.

Chisi’s Public Relations Officer Pemphero Mphande confirmed of the engagement of Chisi in a statement posted on his official facebook page.

Professor Chisi with his new wife
Chisi during the marriage ceremony

“To all of you asking me. Yes Prof John Chisi, the President of Umodzi Party got engaged to Charity Nandolo. Im happy for him and i wish him all the best for the future. Love is a beautiful thing,” wrote Mphande.