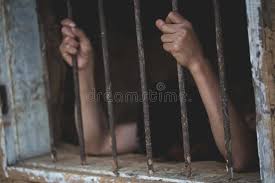 LILONGWE-(MaraviPost)-A 25-year-old man in Dowa District has been convicted and sentenced to five years imprisonment with hard labour for assaulting his 6-year-old chronically ill son.

The court through state prosecutor Sergeant Regina Namankhwa heard that the victim has been chronically ill for a long time and his parents have been taking him to different hospitals but there has been no improvement.

However, the situation made the convict who is father of the child to kill his own son, alleging that he (convict) was tired of losing and spending much money towards the victim’s illness when his health is still declining.

State prosecutor Sergeant Regina Namankhwa further told the court that on February 6 this year, the convict went to a drinking joint within the village and reported back home late hours.

Upon arrival at home, the convict found his wife and his children. The convict then openly and aggressively told his wife that this was the last day of the child because he was ready to kill him as a lot of money had been spent towards the sickness of the child but to no avail.

The convict took a Panga knife and charged on the child and started assaulting him. The mother took the child away from the scene and reported to her parent’s home before reported the matter to police.

Appearing before court, the convict admitted the charge of gravious harm contrary to Section 235 of the Penal Code depending on the circumstances of how the case happened.

In his submission, state prosecutor Sergeant Regina Namankhwa asked the court to serve the convict with a stiff punishment adding that the offence committed was serious in nature and that the child is chronically ill.

Passing sentence, First Grade Magistrate Amran Phiri concurred with the state’s submission and slapped the convict with 5 years imprisonment with hard labour as a deterrent to others with similar intentions.