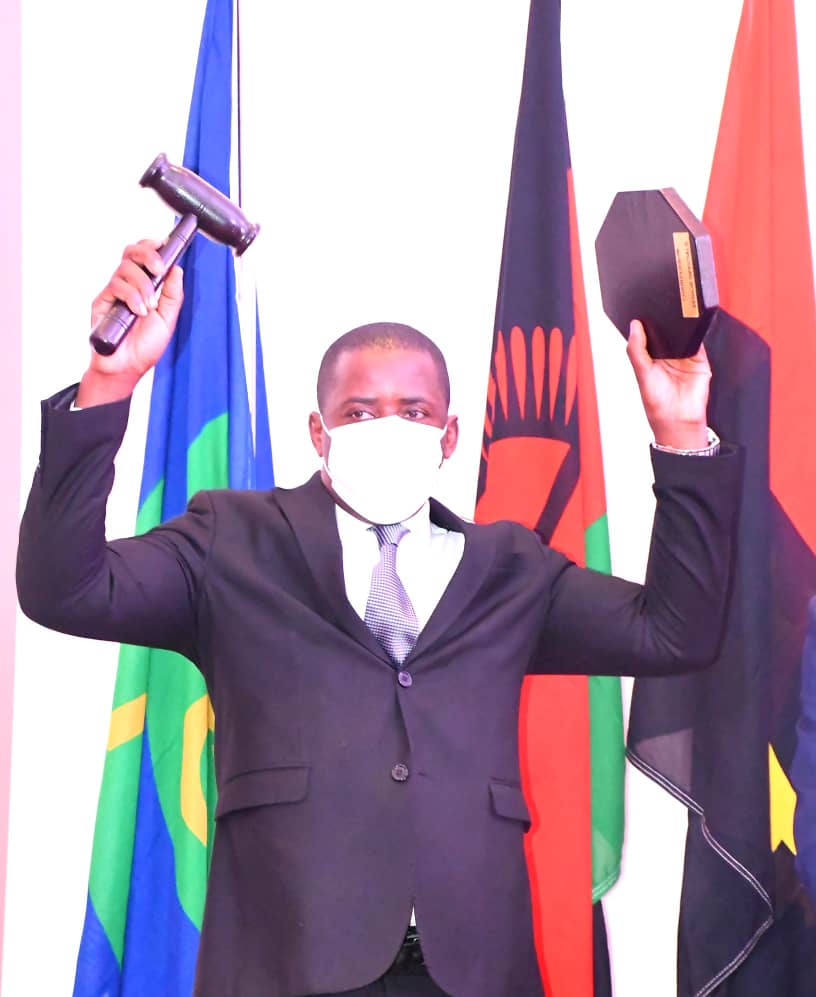 The handover ceremony took place during the Standing Committee of Senior Officials meeting, that took place to prepare fully the works to be considered and adopted by the SADC Council of Ministers.

In his acceptance speech, Sikwese said he was glad for the opportunity accorded to Malawi to host the SADC Summit amidst the several challenges brought by the COVID-19 pandemic, and said Malawi will do everything possible to facilitate the achievement of the SADC agendas.

“SADC is making great strides in many areas of regional economic cooperation and integration under the frameworks of the Regional Indicative Strategic Development Plan (RISDP) 2020-2030, and SADC’s Vision 2050 that aims at having a peaceful, inclusive, competitive, middle to high income industrialized region, where all citizens enjoy sustainable economic well-being, justice, and freedom by 2050.

“The Government of Malawi is, therefore, committed to work tirelessly with you all in the realization of the goals and objectives of the RISDP 2020-30 and SADC Vision 2050, thereby translating the aspirations of our fore fathers into realities,” he said.

Sikwese said he was hopeful the conclusions of the Standing Committee of Senior Officials meeting will pave way for the implementation of important programmes and projects that will deepen the SADC regional integration agenda and ultimately improve the well-being of citizens of SADC.

He also commended Da Costa for his performance in office and committed himself to be at the service for the committee.

In his remarks, Da Costa, who is the Director for Regional and Continental Integration and SADC National Contact Point for the Republic of Mozambique said he was thankful to have been accorded a chance to lead the committee for the past year.

“I am also very thankful for the tremendous support rendered to me during my tenure in office. I would urge you all to render the same support to the new chairman for the continued success of our operations,” he said.

The Ordinary Summit will run from 9th to the 18th August