You are here: Home » Opinion » Media Organisations In Nigeria Fuel Corruption In The Profession By Abimbola Abatta

On 25th August 2020, a Nigerian politician, Femi Fani-Kayode, publicly derided a journalist with Daily Trust, a Nigerian news publication outfit, who had asked him a question during a press conference. The journalist had only asked who was bankrolling the politician’s numerous travels across the country for political reasons during that period. Fani-Kayode took umbrage, considering it a “stupid question”. The journalist had innocently asked the politician: “Who is bankrolling your PR junkets these days?”

Number 7 of the Code of Ethics for Nigerian journalists states that “a journalist should neither solicit nor accept bribe, gratification or patronage to suppress or publish information. To demand payment for the publication of news is inimical to the notion of news as a fair, accurate, unbiased and factual report of an event.” 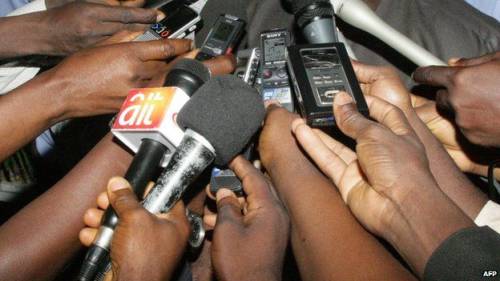 In the face of brown envelope journalism, this part of the code of ethics differs from the reality of today’s journalism practice. According to a ResearchGate publication, surveys from Nigerian journalists showed that between 61% and 84% of participants regularly receive monetary gifts.

A study on brown envelope syndrome published in the International Letters of Social and Humanistic Sciences revealed that poor remuneration, poor journalistic training, and corruption are the most common reasons for brown envelope journalism.

Brown envelope journalism often results in biased reporting and unverified stories. It also turns journalists into lapdogs of corrupt politicians and individuals who give out brown envelopes.

The Nigerian media has become a vehicle for promoting corruption. A 2015 report by the BBC exposed Nigerian journalists’ harrowing experiences, especially how publishers force them to engage in brown envelope journalism. Transparency International’s Corruption Perceptions Index in 2020 showed Sub-Saharan Africa as the lowest-performing region. Out of the 180 countries in the report, Nigeria ranked 149 with a score of 25.

There is a solution. Media organisations should delineate between journalism and marketing. They should employ marketers, revenue-generating experts, and advert managers to handle the aspect of generating streams of income for media houses.

As it is done in other countries and some sectors in Nigeria like the medical and education sectors, Nigerian philanthropists should be encouraged to fund the media sector. From 2009 to date, the leading funders of journalism are US organisations. Also, in the United Kingdom, about £55m of philanthropy funding has gone into journalism since 2019.

It takes collective efforts to eradicate brown envelope journalism from the Nigerian media. At the foundation of this unethical practice is the need to survive and gain economic freedom. It, therefore, behoves the media owners to prioritise the welfare of journalists. Also, journalists should understand that corruption cannot tackle corruption. Government agencies and other institutions can only be held accountable when media organisations are liberated from the corrupt practices bedevilling them.

Abbata is a fellow at African Liberty.