You are here: Home » Lifestyle » Protest against abuses in Ethiopia’s Tigray region 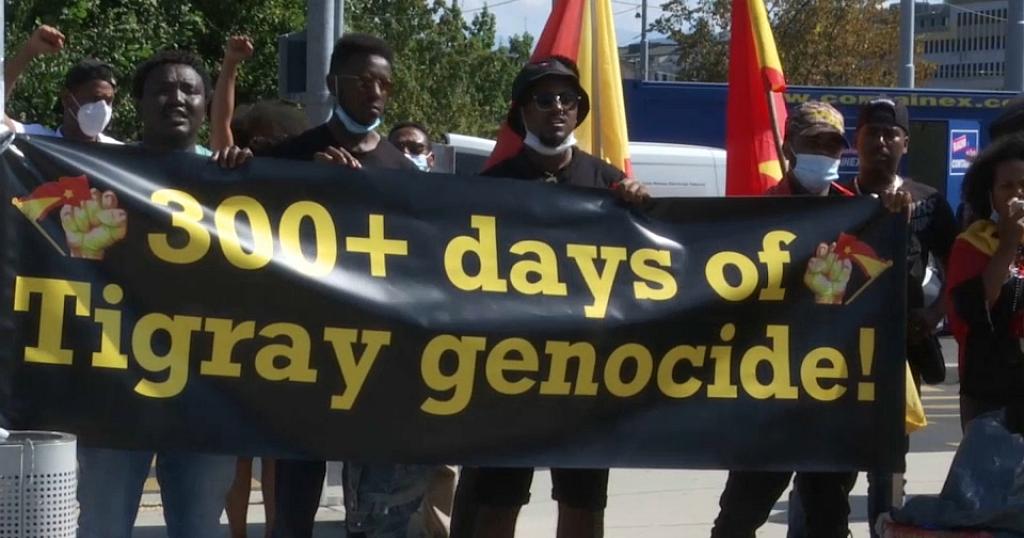 Around 300 protesters gathered in Geneva in front of the United Nations headquarters on Monday to call for an independent investigation into alleged human rights violations in Ethiopia’s Tigray conflict.

The protest came as the UN human rights chief said a highly awaited joint investigation was unable to deploy to the site of one of its deadliest attacks, the alleged massacre of several hundred people in the holy city of Axum.

Michelle Bachelet told the U.N. Human Rights Council that deployments to eastern and central Tigray, where witnesses have accused Ethiopian and allied forces from neighboring Eritrea of some of the worst abuses of the 10-month war, “could not proceed.” She cited “sudden changes in the security situation and in the conflict dynamics.”

She did not give details.

The war saw a dramatic shift in late June when the Tigray forces retook much of Ethiopia’s northern Tigray region and Ethiopian and allied forces withdrew.

Since then, witnesses have said much of Tigray has been far safer and more accessible within the region.

The shift in the war occurred about midway in the work of the joint investigation by the UN human rights office and the government-created Ethiopian Human Rights Commission, carried out between May 16 and Aug. 20.

The war continues to cause great concern over Africa’s second-most populous country, where all sides have been accused of atrocities. –

Bachelet noted that “mass detentions, killings, systematic looting, and sexual violence have continued to create an atmosphere of fear and an erosion of living conditions that resulted in the forced displacement of the Tigrayan civilian population.”

Now hundreds of thousands of people are newly displaced elsewhere after the Tigray forces brought the fighting into the Amhara and Afar regions.

In Geneva, protesters gathered outside the Palace of Nations called for further investigation, saying the “situation is horrible” and alleging that “our people are dying every day from starvation”.

Fana Belay, an expatriate with the Tigray scholar’s association said the community was “traumatized and in pain”.

“We don’t have any information on what’s happening on the ground about our families, that also concerns us,” she said. 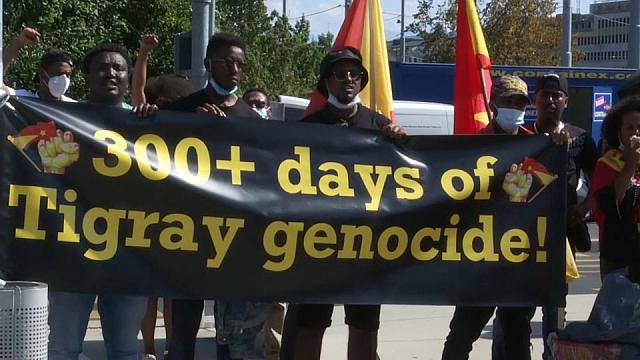 Like it? Share it!
Truck drivers give Malawi Government 14-day ultimatum to address their concerns < Previous
Media Organisations In Nigeria Fuel Corruption In The Profession By Abimbola Abatta Next >
Recommended stories you may like: