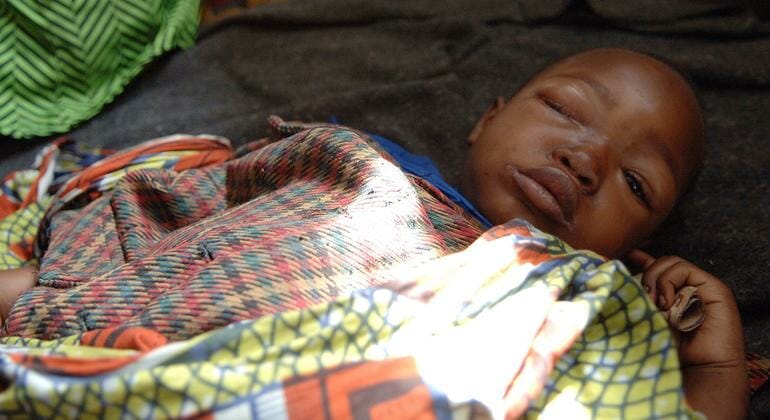 “What we know from this virus and these modes of transmission, this outbreak can still be contained; it is the objective of the World Health Organization (WHO) and Member States to contain this outbreak and to stop it,” said Dr Rosamund Lewis, head of the smallpox team, which is part of the WHO Emergencies Programme. “The risk to the general public therefore appears to be low, because we know that the main modes of transmission have been as described in the past.”

Latest data from WHO’s Member States to 22 May, indicates more than 250 confirmed and suspected cases of monkeypox from 16 countries and several WHO regions.

Symptoms can be very similar to those experienced by smallpox patients, although they are less clinically severe, albeit visually dramatic, with raised pustules and fever in the most severe cases that can last from two to four weeks.

According to the UN health agency, this Monkeypox outbreak has been transmitted primarily by close skin-to-skin contact, although the virus can also be passed by breath droplets and contaminated bedding.

The incubation period of Monkeypox is usually from six to 13 days but can range from five to 21 days. “We don’t yet have the information as to whether this would be transmitted through body fluids,” Dr Lewis noted, before urging potentially at-risk groups to “be mindful” when in close contact with others.

In an effort to warn against stigmatising those who fall sick from the virus, the UN health agency insisted that although most cases of infection have been linked primarily to men who have sex with men, this is probably because they are more proactive in seeking healthcare advice than others.

The disease “can affect anyone and (it) is not associated with any particular group of people,” Dr Lewis told journalists in Geneva.

Fact of life for many

She stressed that what is unusual about this outbreak is that “countries that are reporting Monkeypox now are countries that do not normally have outbreaks of Monkeypox.

There are several countries in which this disease is endemic: Central African Republic, Democratic Republic of the Congo, Nigeria and Cameroon are reporting cases at the moment and there are other countries that have reported cases in the past.”

Although vaccination against smallpox provided protection against Monkeypox in the past, people younger than 40 to 50 years of age today, may be more susceptible to Monkeypox infection as smallpox vaccination campaigns ended globally after the disease was eradicated in 1980.

Although WHO Member States asked WHO to keep stocks of smallpox vaccine in case of a new outbreak of the disease, Dr Lewis explained that “it’s been 40 years and these stockpiles may need to be refreshed – they certainly need to be revisited – and WHO has been working on that and has been looking at that also now.”

There are two variants of Monkeypox virus: West African and Congo Basin (Central African). The first human case was identified in a child in the Democratic Republic of the Congo in 1970 and although the name Monkeypox originates from the discovery of the virus in monkeys in a Danish laboratory in 1958, it is a bit misleading, Dr Lewis explained.

“Most of animals that are susceptible to Monkeypox are in fact rodents, Gambian giant pouched rats, dormice, prairie dogs; those are the types of animals from which there may be spillover – a zoonotic spillover – from animals into people who may be going into the forest, or who may be coming in contact with the virus from a zoonotic route.”

Like it? Share it!
COVAX surpasses 1.5 billion COVID-19 vaccine deliveries < Previous
South Africa’s Ramaphosa discusses developments in Africa during a visit from Germany’s Scholz Next >

One thought on “Monkeypox outbreak can still be contained, insists UN health agency”