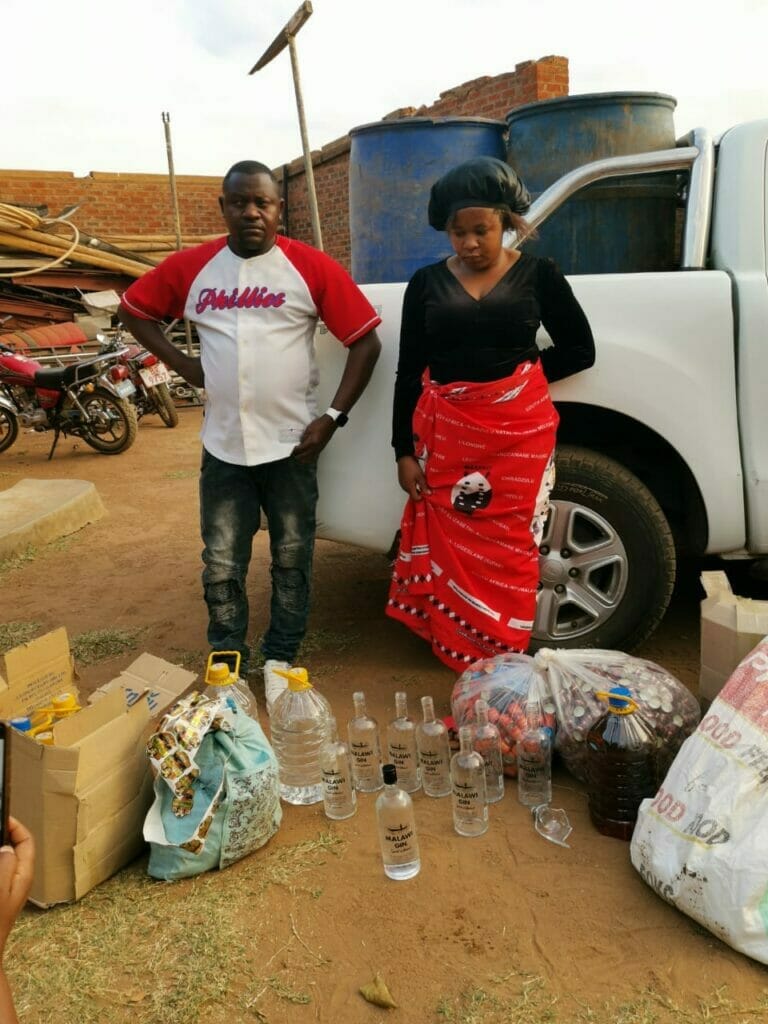 BLANTYRE-(MaraviPost)-Director of Public Prosecutions (DPP) has given consent to two private lawyers to prosecute a case where a young couple in Ntcheu are accused of producing counterfeit Malawi Gin.

Misanjo told the Ntcheu Magistrate Court during the start of the hearing of the case last week of the consent by the DPP before asking for an adjournment of the case.

“We have consent from the DPP to prosecute the case but we would like to seek adjournment of the matter because the accused persons have approached us that they would like to get legal representation. The police are also left with one witness to record a statement which they will do in the next seven days,” said Misanjo.

He also said they were waiting for the results of the samples of the ‘fake’ Malawi Gin which were sent to the Malawi University of Business and Applied Sciences (Mubas) for tests which they had just received and would want to share with the defence lawyers once they have been identified.

Machewere also told the court that they have identified a lawyer from Lilongwe who is going to represent them but was not in court and would need more time for the lawyer to study the case.

Magistrate Joshua Nkhono allowed the adjournment and set 6 January 2023 for the start of the hearing of the case advising the accused persons to make sure that their lawyer files a notice with the court and gets all the necessary documents ready for trial.

Castel Malawi officials assisted by Police officers from Ntcheu Police Station busted the production of the counterfeit Malawi Gin about three weeks ago after receiving reports that some people were producing ‘fake gin’ packaged in Malawi Gin branded bottles.

Castel Malawi announced on 7 October 2022 that it had stopped production of its spirits line namely Malawi Gin, Malawi Vodka and Premier Brandy due to the scarcity of packaging materials which require forex to access.

Castel Malawi Head of Marketing, Frank Binauli said they are investigating similar cases and warned the perpetrators to stop the vice before the long arm of the law catches up with them.