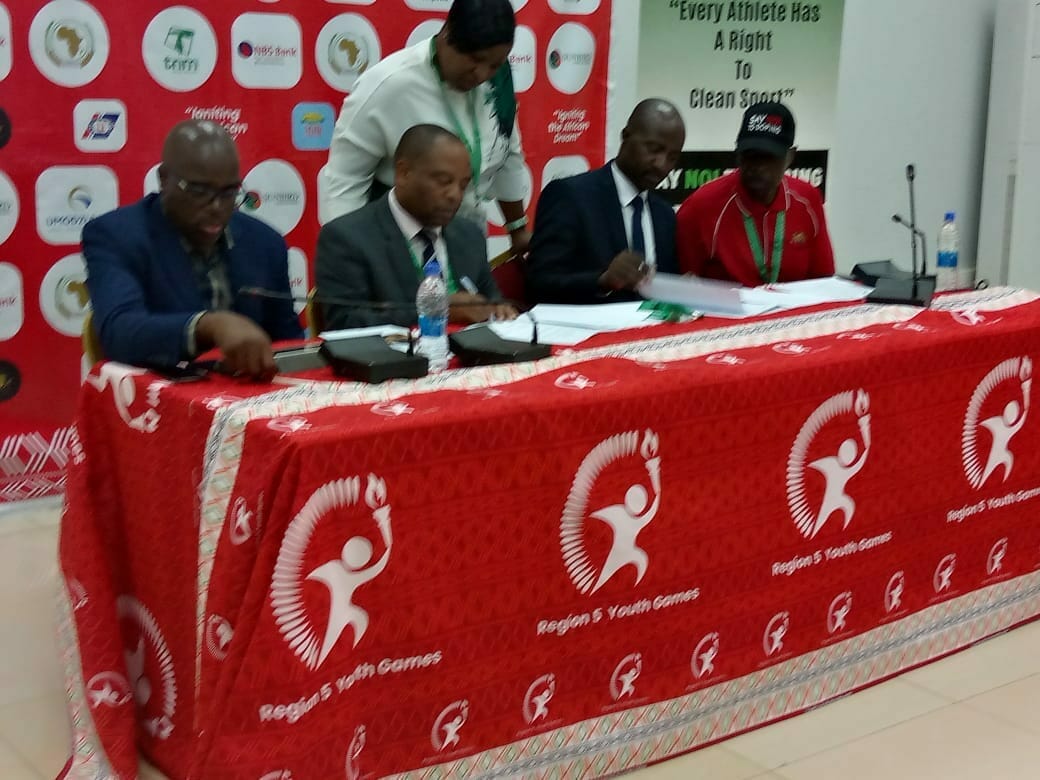 LILONGWE-(MaraviPost)-African Zone Region VI Anti-Doping Organization (RADO) on Monday, December 5, 2022 signed a memorandum of understanding (MOU) with African Union Sports council (AUSC) Region 5 aimed at providing clean sporting environment for athletes to allow them to excel without the use of performance enhancement substances.

AUSC Regional 5 Advisory Board chairperson, Isaac Katopola observes that doping and other unethical conduct in sport have become a global concern that warrant smart partnerships between sports governing bodies.

“it is at a time like this that we as Region 5 deemed it prudent and appropriate to enter into a formal MOU with RADO as the Torch-Bearers and custodians of sport in this Region,” said Katopola.

He said any player who is going to be diagnosed with the drugs substance abuse will be disqualified.

He said the MOU aims at harness the power of sport to fight the vices that riddled this industry key among them being the fight against doping sport.

Echoing on the same, RADO President Nicholas Munyonga said the MOU is a product of extensive consultation and deliberations between the two organisations based on the realization that through working together.

Munyonga said RADO will lead and coordinate the implemention of the anti-doping programs in member countries however multifaceted task which requires partnership and collaboration with various stakeholders.

Munyonga added that the RADO symbolises the public declaration of the commitment and pledge to serve the region and member countries represent various Regional, Continental and world competitions.

The conference produced five actions as part of hope and trust that the MOU must serve as an enabler and not detterred to progressive implemention of programmes and services.