Should Prophet Bushiri be made Malawi’s Tourism, Investment Ambassador? 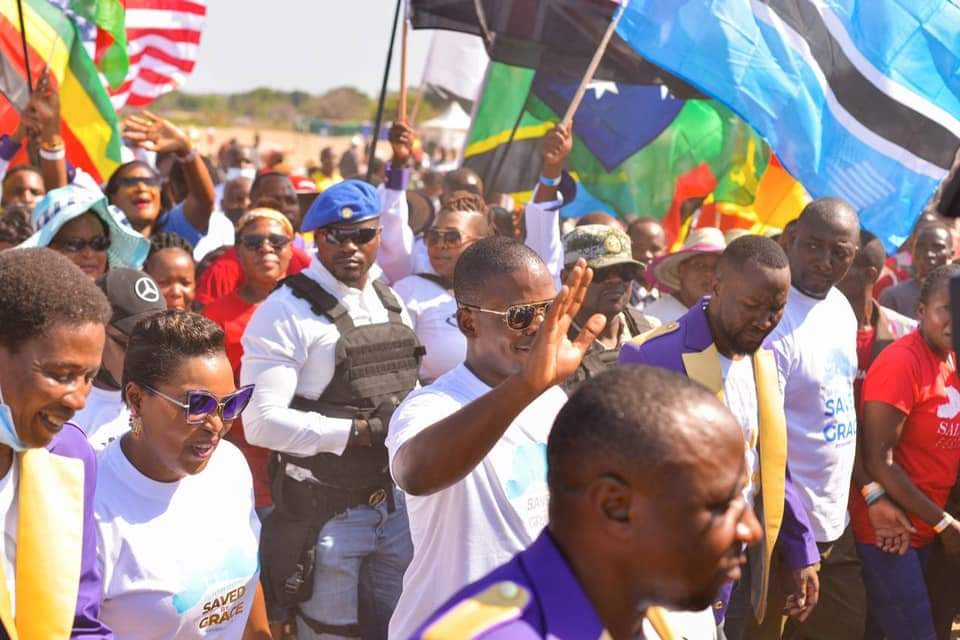 Writing on Facebook, Kachingwe said it is not a secret or a lie to conclude that Prophet Bushiri is unique, special and a renowned personality.

He added that Bushiri is a bankerable and formidable brand that is tried, tested and proved to be an economic engineer and contributor, underlining that the results are there for everyone to appreciate.

“Since his homecoming! We have all witnessed the grace upon his life. Thousands upon thousands of people all over the world flocking to Malawi. Absolute fact!” he wrote.

Kachingwe noted that President Lazarus Chakwera is in forefront appealing to investors to come and make Malawi their home, however charity begins at home.

“The President should consider appointing Bushiri as the tourism and investment ambassador, other countries have adopted this trend of utilizing their influential people in selling their country beyond borders.

“Currently Ghana is giving out citizenship to celebrities. Rwanda sponsors Arsenal just for publicity. Bushiri is a good brand that can be used to further the image of Malawi across the globe,” he wrote.

Kachingwe also called on the Ministry of sports and Youths to sign a 5 to 10 year contract to allow Bushiri to be holding his crusades or major events at their grounds e.g BNS or Kamuzu Stadium or Mzuzu.

He suggested that among the conditions; Bushiri must cover all costs of running and managing their facilities including landscaping and security services,renovations etc; he should cover water and electricity expenses and a once off payment of MK50 Million.

“This means the burden on farm or the ministry will be lessened. It will make them to be stress free,in return save day to day running costs of the facilities,” he said.

Kachingwe also touched on presidential Villas in Lilongwe which he said are rarely used yet they require millions and millions to keep them in shape.

“Its time we consider monetizing them. Bushiri receives VIP guests on daily basis. These guys spends fortunes at hotels. Why can’t the government sub-let some villas to him in return the rentals fees will be used to manage the facility?” he said.

Further, Kachingwe also added that the GOVERNMENT wants to turn Mangochi,Salima and surrounding areas into a City, noting that may it be a policy that any person who is a Malawian and has enough, required financial capacity should be given a land near the areas to develop without paying a tambala.

“Government must remove all red tapes,useless bureaucracy that delays and derails progress. The President wants to create jobs,economic and infrastructure development. You can’t expect investors to pay for the land they will use to achieve his administration goals. No! You give and take-50/50,” he said.

He has since asked government to give Bushiri FREE LAND ALONG THE LAKESHORE.

Additionally, Kachingwe also called on the Ministry of Foreign affairs and international cooperation to give conducive and speedy process of issuing permits/visas to all pilgrimists or international visitors and members of Enlightened Christian Gathering (ECG).

“Bushiri ranks in more than US$100,000 in month through his international programs held in Malawi. This is a huge boost to our forex reserves,” he said.

In conclusion, Kachingwe said people may not agree with his spiritual beliefs, or may not like him; however, nobody can take away from his GRACE, BLESSINGS, POPULARITY AND THE LOVE, RESPECT OF PEOPLE HAVE FOR HIM ACROSS THE GLOBE.