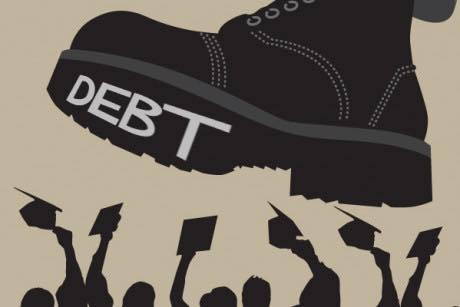 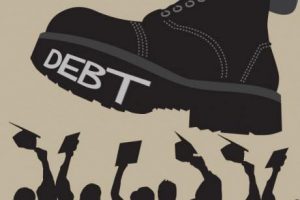 Unoka, if you haven’t read Chinua Achebe’s “Things fall apart”, was Okonkwo’s father. Musically talented; he was lazy, improvident and like successive leaders of Malawi, quite incapable of thinking about tomorrow.When money came his way and it rarely did – he organised ‘mapwevupwevu’ and made merry; arguing that ‘whenever he saw a dead man’s mouth, he saw the folly of not eating during one’s lifetime’.

Due to his phobia for hard-work, like Malawi, he was the poorest fella in his village and owed everyone big time.

Once upon a time his neighbour Okoye came calling.

He found Unoka reclining on a bed in his hut, playing a flute. After exchanging pleasantries, Okoye, sat down and Unoka offered kola nut to his guest.

“I have kola,” Unoka announced and passed it over to Okoye.

“Thank you. He who brings kola brings life. But I think you ought to break it,” replied Okoye.

“No, it is for you, I think,” they argued for a while before Unoka accepted the honour of breaking the kola.

Breaking the kola, Unoka prayed to their ancestors for life, good health, and for protection against their enemies.

After chitchatting, Okoye broached the business of his visit. He asked Unoka to return the 200 cowries he had borrowed more than two years before.

At this, Unoka burst out laughing and laughed loud and long till tears flowed from his eyes. Okoye just sat there, flabbergasted and speechless. At the end, between fresh outbursts of laughter said Unoka:

“Look at that wall,” pointing at the far wall of his hut.

“See those lines of chalk?” and Okoye saw groups of short perpendicular lines drawn in chalk.

There were five groups, and the smallest had ten lines. Unoka paused for effect, took a pinch of snuff and sneezed noisily, and then continued:

“Each group there represents a debt to someone, and each stroke is one hundred cowries. You see, I owe that man a thousand cowries. But he has not come to wake me up in the morning for it. I shall pay you, but not today. Our elders say that the sun will shine on those who stand, before it shines on those who kneel under them. I shall pay my big debts first.”

And he took another pinch of snuff, as if that was settling the big debts first. Okoye, disgusted, rolled his goatskin and departed.

This, Blues’ Orators, is akin to our borrowing without regard to generations of Malawians to come which has pushed our debt profile to K2.1 trillion.

Msowoya, like Unoka, defended this recklessness, saying for development to happen, Malawi has to mortgage our future because “this is normal”.

“We are not mortgaging the future of Malawians as some people are saying. Otherwise, you can see the roads that are being constructed and different other projects,” Msowoya said.

Blues’ Orators, I beg to differ with Msowoya and his masters.

If like our leaders, he is cursed with Unoka’s genes, he shouldn’t bamboozle us that the K2.1 trillion has all gone to roads and other projects.

Which roads Blues’ Orators? Which projects?

Had we been borrowing to fund production and not toilets and FISP, we wouldn’t have high unemployment amongst the youths, because the loans would have been creating jobs.

Had we been borrowing wisely, we would have had an exit plan for the day when we will substantially reduce debt to manageable levels, if not eliminate debt altogether.

Look, with national debt dwarfing the annual budget, which is in itself partly funded by more loans, it means that as a nation, we are not only morally bankrupt – like Unoka – but we are also economically bankrupt and happy to create such a huge a burden at the expense of generations to come.

The suspension of direct budgetary support by Malawi’s development partners shouldn’t be an excuse.

There are countries that experienced worse but managed – with sound and visionary leadership – to emerge stronger.

Apartheid South Africa, Ian Smith’s Southern Rhodesia and Israel are perfect examples that thrived in the face of isolation.

Mauritius borrowed wisely, invested in the tourism industry and is now enjoying the fruits of debt.

Rwanda borrows only after due diligence.

But look at us: we borrow, then externalise the funds through companies that Lucas Kondowe of Anti-Corruption Bureau (ACB) refuses to prosecute.

When we aren’t borrowing to build toilets, it is to buy tractors which we ‘donate’ to the rich, with all of us repaying the loans – with interest.

As if all this was not enough, we borrow so that President Mutharika and his pals can ‘buy’, recycle and redeploy political rejects who should be tending to grandchildren yet Mutharika is telling young graduates to think outside the box and not to expect jobs because there are none.

Why can’t the grannies retire and venture into entrepreneurship so that the youths can get the jobs the old guard are clinging to?

Sadly, we stomach such garbage instead of rallying behind rare and bold parliamentarians like Malawi’s own ‘Joan of Arc’ Dedza East’s Juliana Lunguzi who is singlehandedly demanding accountability on these loans via commendable Private Member Bills, whose costs (research, legal fees etc.) she most probably bears alone.

The fact that we owe K2.1 trillion and the Treasury Spokesperson says ‘it is normal’, is our clarion call.

Unless we reconsider and rid Malawi of pensioner-leaders cursed with Unoka’s genes and way past their prime; we will one day wake up to discover that they have vended us all into slavery, as if repaying the K2.1trillion debt – when they are gone – was not bondage enough.